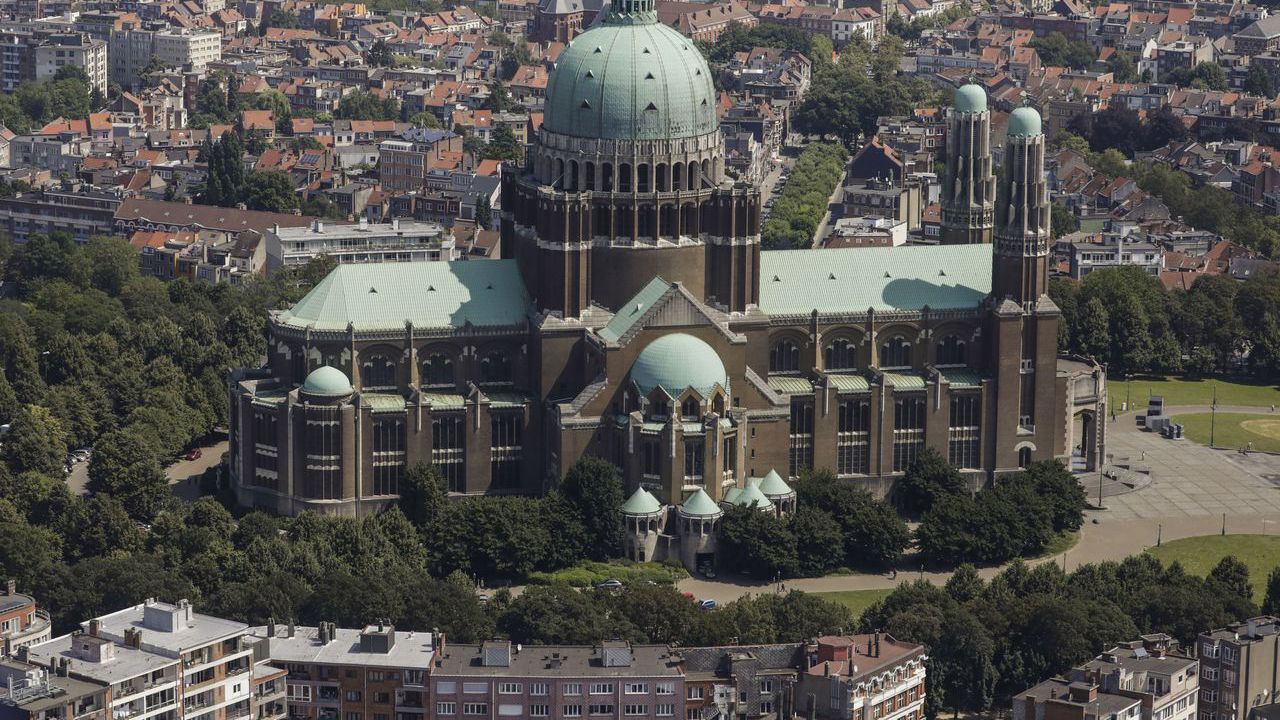 The National Basilica at Koekelberg in the west of Brussels has been plagued by vandals in recent weeks. So far 42 windows at the Basilica have been smashed. One of the rocks thrown through a window there just missed the head of the church’s Vice-Rector.

It’s not the first time that the National Basilica at Koekelberg has fallen afoul of vandals. It is situated in a park that is accessible to the general public day and night and as such is difficult to protect 100% from acts of vandalism. However, the issue has become particularly acute during the past few weeks with some 42 windows having been broken by vandals and the Basilica’s Vice-Rector narrowly escaping injury when a rock smashed through the window of her office.

The Brussels West Local Police Service has now deployed extra officers to patrol the area around the Basilica.  As well as smashed windows the exterior walls of the building have been daubed with white paint.

In a post on her Facebook wall the Vice-Rector of the National Basilica Martine Motteux-Abeloos expressed her shock at having a rock fly just 50cm from her head while she was working in her office. Ms Motteux-Abeloos’ concerns have not gone unnoticed and extra police patrols have been deployed. However, as yet no suspects have been detained in connection with the vandalism.