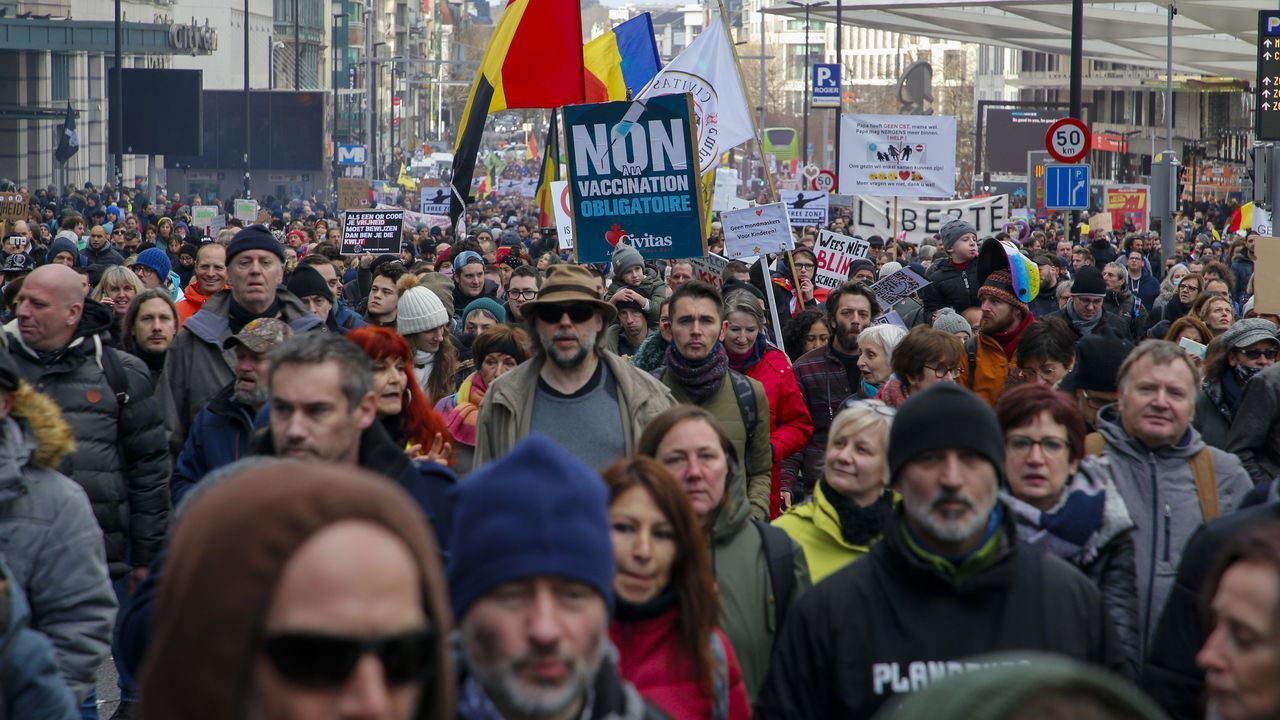 Around 5,000 protesters took part in a demonstration against the measures that are in force to curb the spread of coronavirus in Brussels on Sunday afternoon. The figure of 5,000 protesters comes from the police. However, the organisers of the march claim that around 25,000 people took part. The demonstration got underway at around 1pm. It made its way through the streets of Brussels toward the Jubel Park, near to the capital’s European District.

The march that passed peacefully and without incident ended at around 3:30pm. They was a large police presence and the organisers had their own team of stewards to ensure that there was no repeat of the violence and vandalism that had marred previous demonstrations against the coronavirus measures.

The organisers of today’s march had called on “everyone that feels that something isn’t right” to join the demonstration. In a press statement the organisers said that today’s protest is a “peaceful demonstration”.

"We are organised a large demonstration for constitutional freedoms and human rights. Under the name of ‘Together for Freedom’ we are protesting against the measures that have restricted freedom for the past one and a half years. They have not offered a structural solution for the health care system and can no longer be justified”, the statement read.

Elsewhere, around 750 people took part in a demonstration against the coronavirus measures in Antwerp on Sunday afternoon.