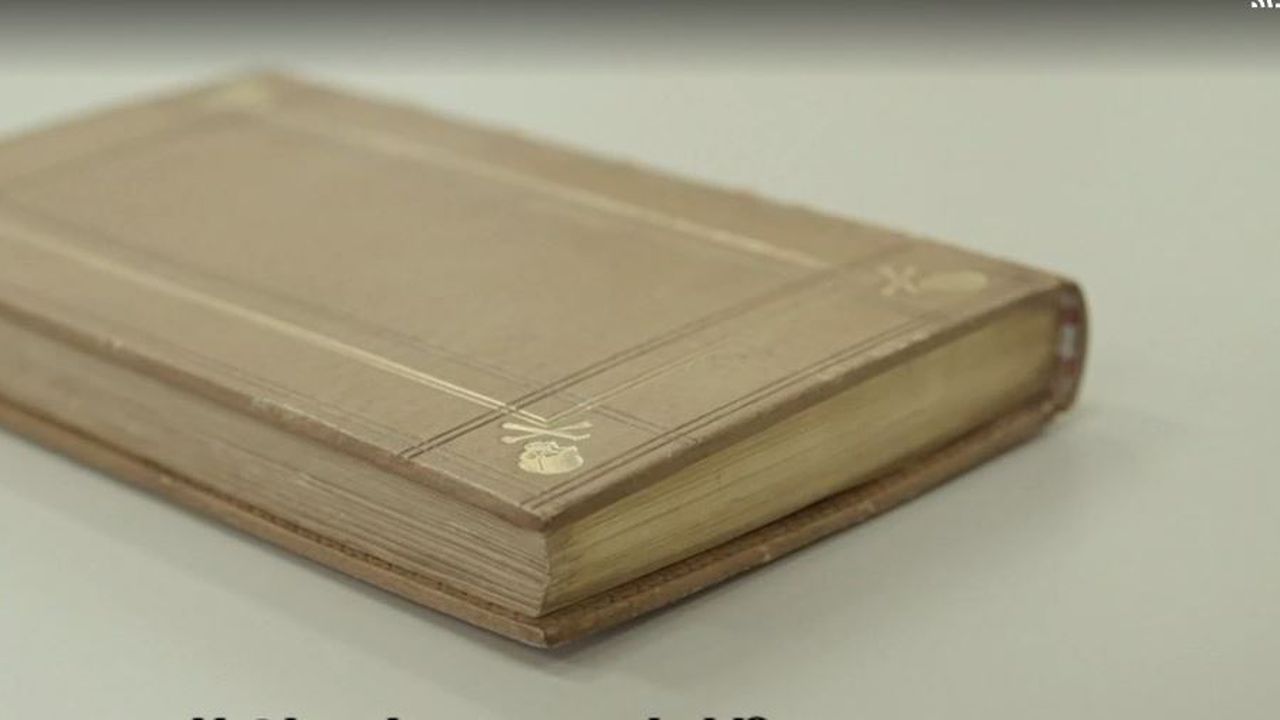 Belgium’s Royal Library of Brussels owns many gems, but you may not be aware that a book with a cover made of human skin also forms part of the collection. Only fifty such specimens exist worldwide. The practise was not uncommon in the 19th century and often the skin of executed criminals was used.

The Royal Library of Brussels’s Michiel Verweij takes up the story: “This is a tome about cemeteries. It’s quite possible the skin of an unidentified person lying in the mortuary was used. The skin of executed criminals or people who lived on the margins of society was most popular for this purpose. The aim may have been to use the book as a deterrent. Skin could be used to cover a criminal’s bound dossier after his or her execution. The book with a skin cover in the Royal Library has the aspect of an ordinary book. It doesn’t feel or smell any different, but it is human skin. The cover is beige in colour, but when you know what it’s made of it does become a little lugubrious”.

But should such a tome be stored at the library?

“It’s part of our history. You shouldn’t project today’s norms onto the past. It forms part of the past and you can’t forge history.”

People wishing to borrow the tome will probably be disappointed unless it’s for scientific research.