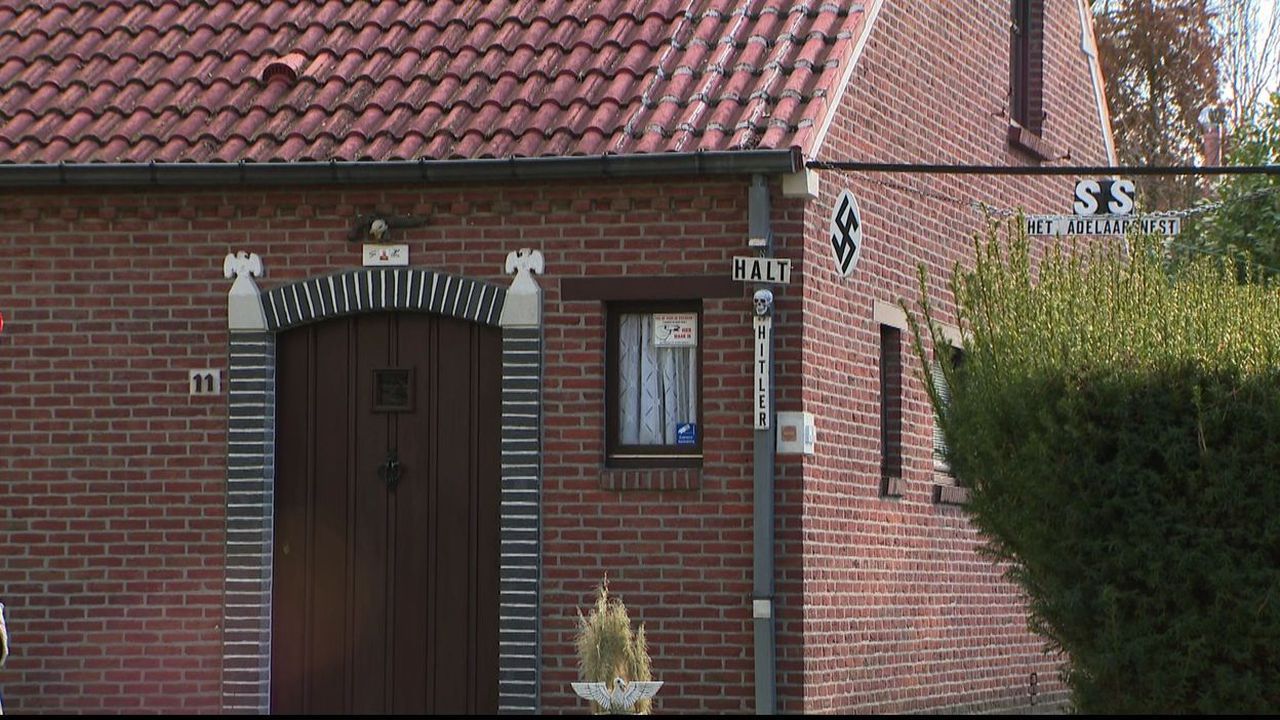 A 77-year-old man from Keerbergen (Flemish Brabant) has been sentenced to one year in jail after he decorated his house with Nazi symbols. The judge ruled that it was established that the man’s acts incited hatred and violence towards the Jewish community and were motivated by a denial of the Holocaust.

Swastikas, a sign displaying the name ‘Eagle’s Nest’, the letters SS in large lettering, the man’s house is full of clear Nazi symbols. Pamphlets with anti-Semitic messages hang in the man’s garden, while the he has also been known to make the Nazi salute in his front garden.

Leuven prosecutors launched an investigation last February following a complaint by Unia, the centre for equal opportunities and the fight against racism. An earlier complaint was subpoenaed in 2014 due to ‘a lack of criminal acts’.

The 77-year-old was sentenced to a one year in jail as well as a fine for violating the law on Holocaust denial and inciting hatred and violence towards the Jewish community. He has been ordered to remove all the offensive signs.