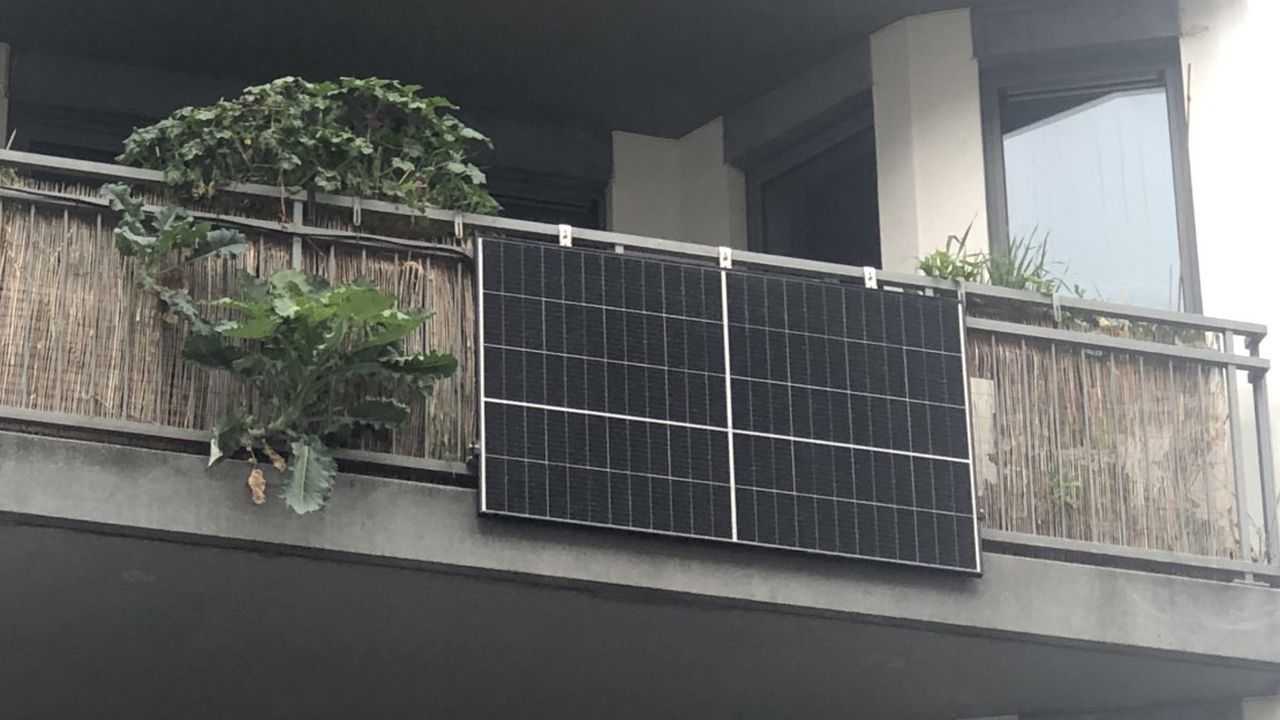 In Brussels Tom Kenis, a resident of the
Martelaren District in the City, now has solar panels attached to the balcony.  They are of the plug & play type, which
means you simply plug them in the socket.
Is this a cool way of tackling sky-high electricity prices or not?

The system allows renters too to generate electricity
via solar panels says Tom. You don’t need an electrician to fit them.  Simply plug them in.

“For a couple of years I’ve been looking at
ways to generate clean energy” Tom explains.
He fitted the panels last May. “In Germany and the Netherlands they’ve
been popular for years.  You do need to
register the panels, but there’s little red tape”.

But is it allowed?  “I dare to bet it’s not really permitted
under the rules of this building, but from neighbours I have only received
enquiries.  This is a climate
emergency.  I didn’t want to wait for a
framework to be created or for my co-residents to OK it”.

Consumers organisation Test Aankoop says a
legal framework already exists.  “There
are rules for so called ‘decentral production installations’ that work in
parallel with the distribution network.  They
stipulate these installations need to use fixed cables.  You can’t simply plug them in”.

Tom believes the rules are too strict and
he hopes change will come.  “Separate
rules could be introduced for people using up to 4 solar panels allowing them
to use plug and play”.

Test Aankoop argues that plug & play
offers fewer opportunities to be profitable.
Tom is surprised: “I would be amazed if price conscious Dutchmen and
rational Germans used this system en masse if there was no economic benefit”.