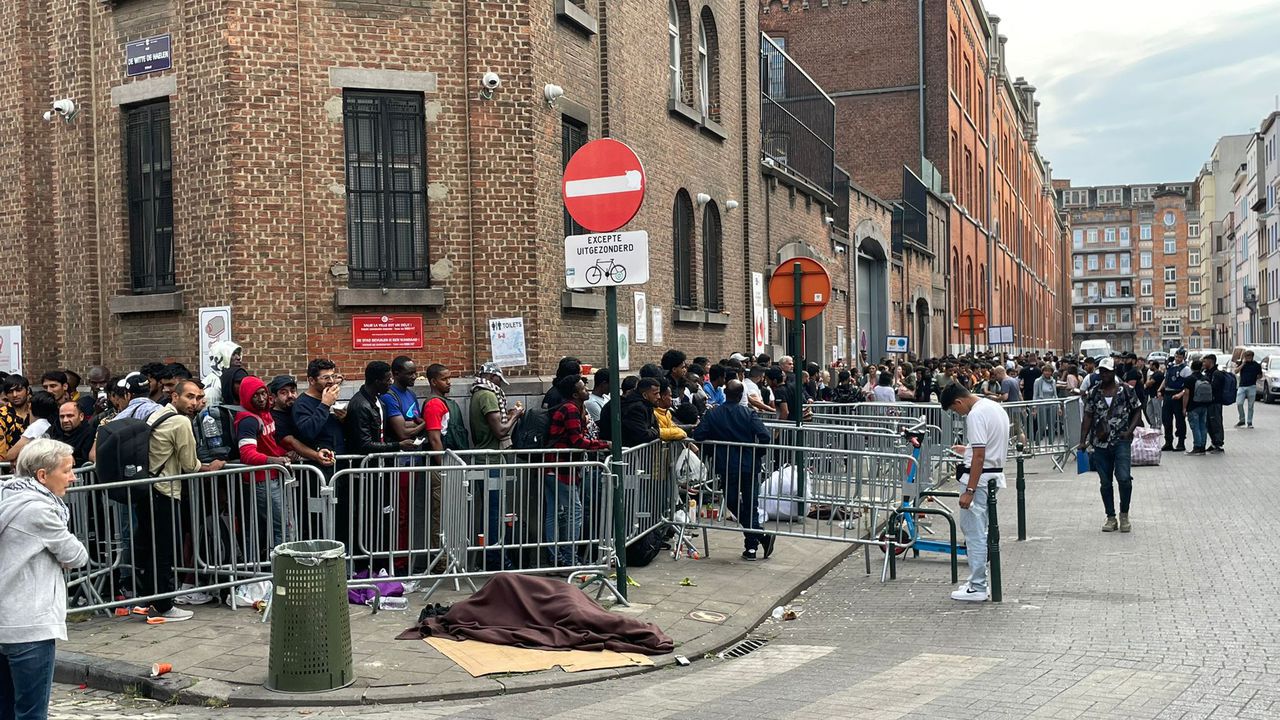 Early this morning some three hundred
people were waiting outside the Klein Kasteeltje reception centre in Brussels
in order to register as an asylum seeker and qualify for board and lodging.  The long holiday weekend meant people were
unable to present in recent days.  Scores
spent the night camped out on the street.
Whether all those wishing will receive accommodation at the centre
remains to be seen as reception places are limited.

Refugee organisations have criticised the
slow progress in processing dossiers and the lack of sufficient reception
places in recent months.  Long queues
materialised outside the centre in recent weeks, but it’s even busier than
usual now as the registration centre has been closed for four days due to the
holiday.

Thomas Willekens
of refugee organisation Vluchtelingenwerk Vlaanderen counted 260 asylum
seekers: “Some 150 single men and 110 people with their family.  Most hail from Afghanistan, Libya and Syria”.

The plight
of single men is not one to be envied.
Willekens says they often try to get into the centre for weeks but are
at the back of the queue. Minors come first, followed by families and single
women.

Single men
who can’t be processed today have to rely on voluntary organisations like the
Red Cross that provides a humanitarian hub with coffee and internet.  Many will have to spend the night out on the
street.

“We don’t
know where they sleep” says Willekens.  “Often,
they head for the station.  The lucky
ones get a place thanks to the Mensen op de vlucht (People Fleeing) platform,
but the platform too is greatly under pressure”. 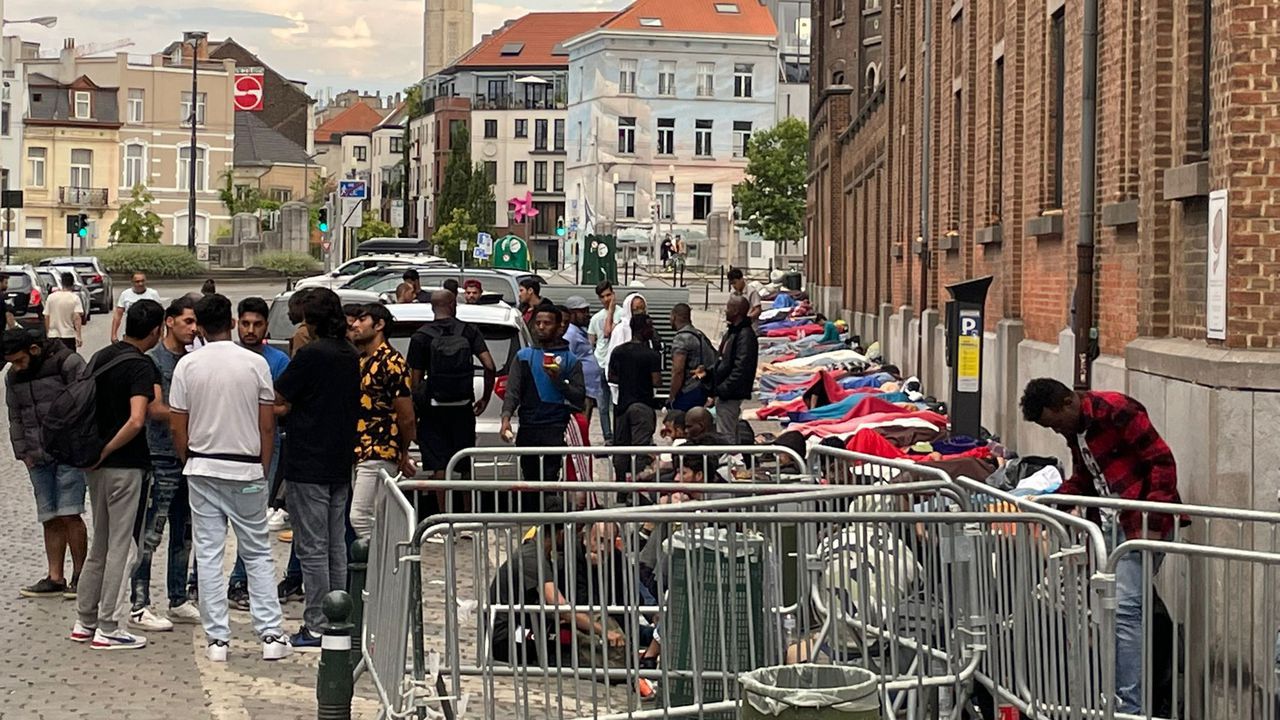