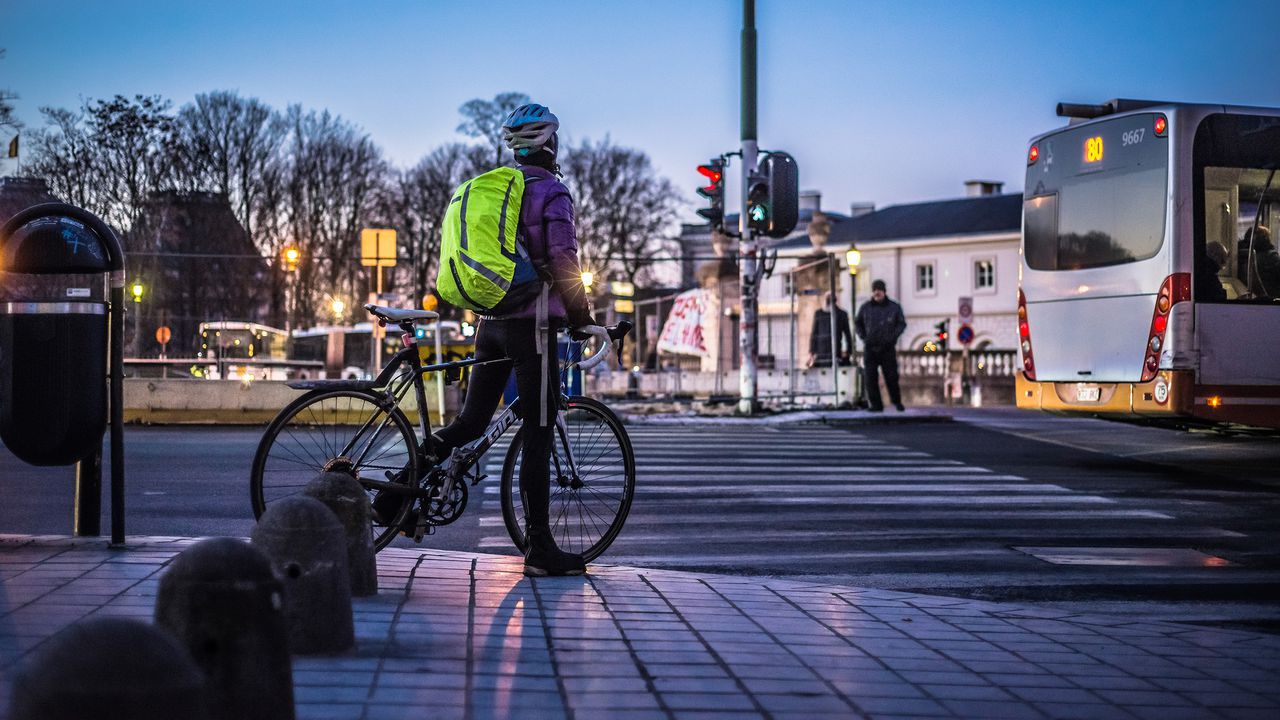 As a result of the energy crisis the mayors
of the Brussels region have decided to turn off public lighting half an hour
earlier than usual.  It’s against this
backdrop that Brussels Mobility is launching a special campaign to remind
drivers of the precautions they should take to protect the safety of vulnerable
road users.  For vulnerable road users
there are tip to enhance their visibility in traffic.

The standard speed limit across the region
is 30km/h unless otherwise stated.  In home
zones the top speed is now 20km/h.  Cyclists
and people on scooters need to be able to display a white light at the front
and a red light at the rear.  Bikes
should also have white or amber reflectors on wheels and a reflecting strip on
tyres or spokes.  Scooters need a white
reflecting strip on both sides of the base or a circular one on each side of
the wheels.

“Be Bright, Use a Light” is Brussels
Mobility’s campaign to encourage people to continue to use their bike during
the winter months.  On 20 October
cyclists will be treated to breakfast on several intersections across the
region.  Stewards will be handing out
light sets to people who need them.

Pupils in secondary schools will also be
treated to safety kits as well as breakfast in a bid to increase awareness.

Brussels Mobility is also organising Action
Satchel, an experiment in visibility under the South Station from 28 November
to 2 December. It’s aimed at last years secondary pupils, who will receive
information on the importance of visibility on the dark.  They will be let loose in a 50m dark pace
that only has car headlights as a source of light.  In this way they will be able to see which
clothes provide greatest visibility.