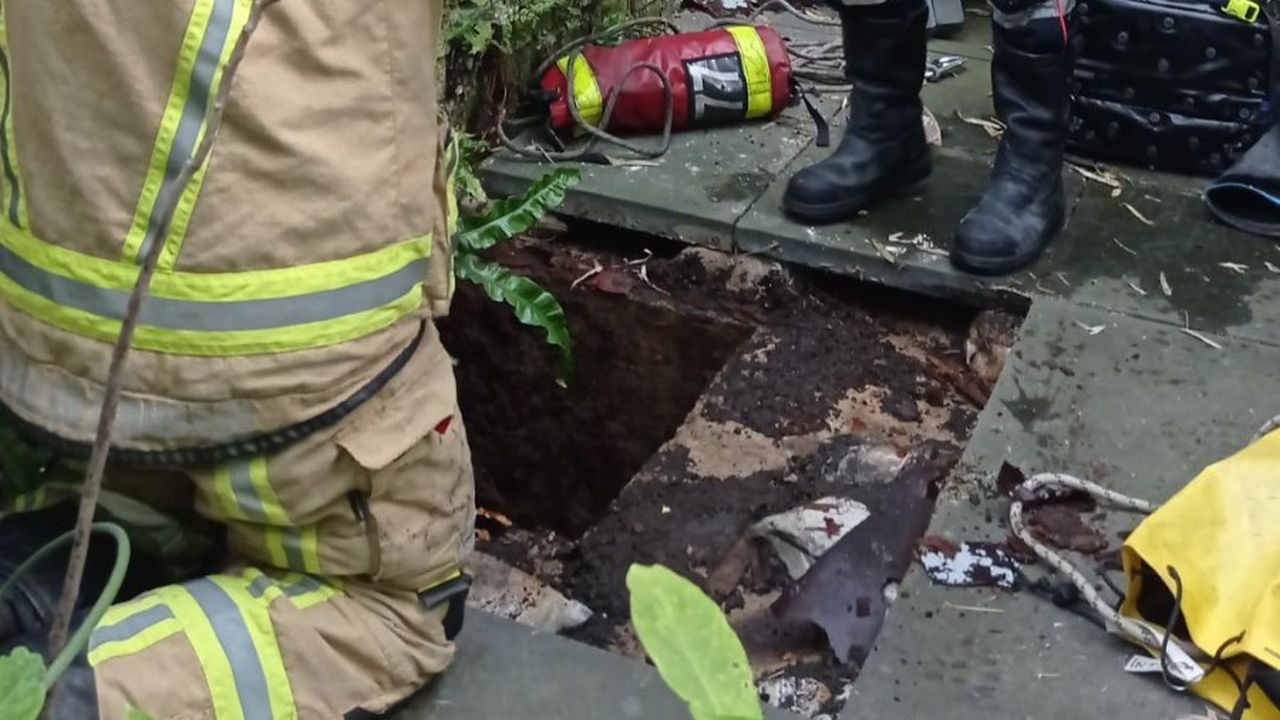 The Fire Service in Brussels has rescued a woman that had fallen into a 10-metre-deep hole in the garden of her home. The hole was concealed under the paving stones in a terraced area of the garden of the house on the Jozef-II-straat. The woman broke several bones when she fell down the hole.

On Sunday evening a call was made to the emergency services by the woman’s neighbours at around 7:35pm. The neighbours reported hearing the woman crying out for help. She had fallen into a deep hole. The Fire Service and a team of climbers from the RISC (Rescue in Special Conditions) Team went to the scene along with paramedics.

On their arrival the emergency services found the owner of the house, a woman in her 50s in the hole. The hole had been concealed under paving stones. She had fallen vertically to the bottom of the whole and sustained several broken bones. The climbers from RISC Team were unable to get the woman out of the hole with the aid of a climbing harness. She was then taken to hospital for treatment on her injuries.

How she came to end up in the hole in the first place has still to be explained.