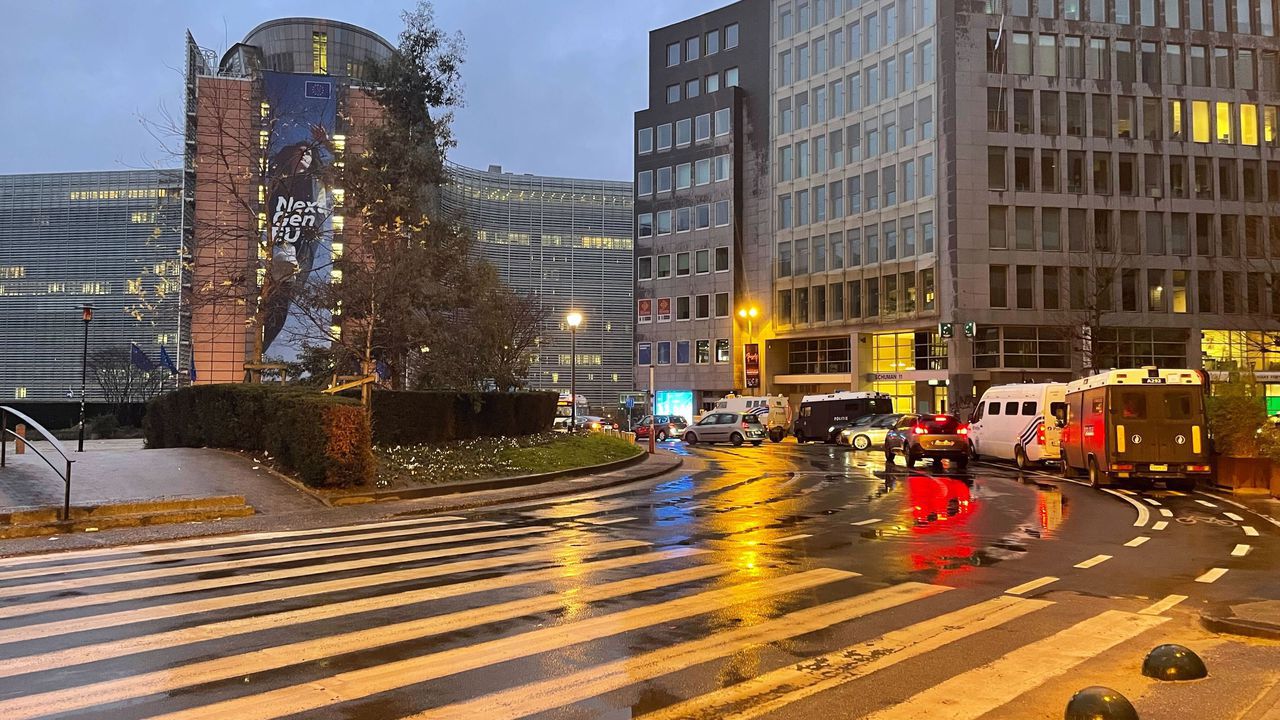 “Exceptionally
quiet”, this is how Carla Lonneville, police spokesman for the City of Brussels
and Elsene, has described the situation in the capital.  For the minute Brussels isn’t being overrun
by vehicles pertaining to the “Freedom Convoy” protesting corona measures, fuel
prices and the Cost-of-Living Crisis.

In recent
hours federal and Brussels police have been filtering traffic on approaches to
the city to prevent vehicles with protesters from entering the city centre.

Federal
police say several vehicles are making for the capital but they haven’t yet
arrived.  Brussels police insist the
situation is under control, though the police checks triggered large tailbacks
for commuters braving the difficulties forecast.

Vehicles
with protesters who manage to end up in Brussels are being directed to Car Park
C at Brussels Expo (Heizel).  So far only
several dozen vehicles managed to pierce the ring of steel police have erected
around the Belgian and Flemish capital.
Police remain alert and are continuing to carry out checks says
Lonneville. “It’s too early to decide to stop the checks because a lot can
still happen today. The situation can change very quickly”.

Some
protesters have taken police guidance to heart and have left their vehicles at Car
Park C and are heading to central Brussels on foot.