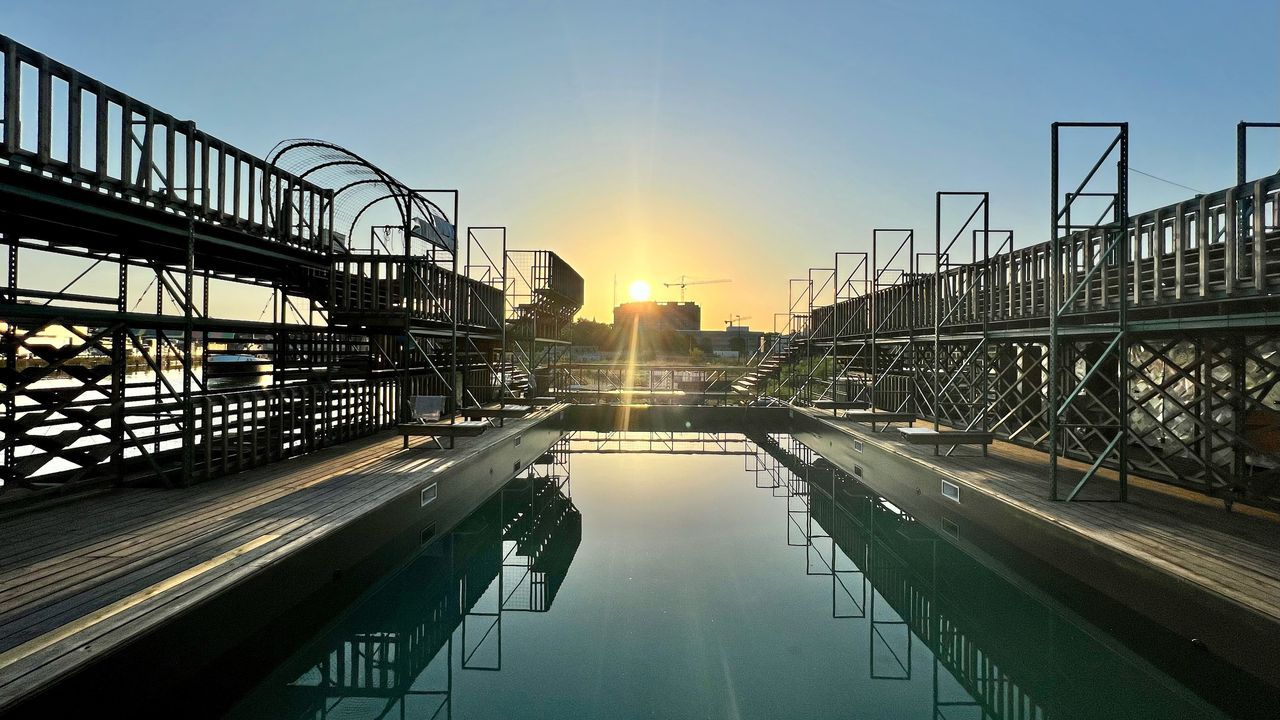 Brussels is one of the few capital cities
with no opportunities for outdoor swimming.
Paul Steinbrück, who took the initiative for the “Pool is Cool” project,
says Brussels needs nine open air pools, while none are currently
available.  As a result youngsters from
Brussels are obliged to head elsewhere for a swim.

Some people try the canal.  It’s not allowed and above all highly
polluted, but some Brussels youngsters see no alternative in the hot weather.

Brussels politicians have been discussing
the need for an open-air pool for years, but with little headway.  Last year, in the summer months, Pool is Cool
opened a pop-up swimming pool alongside the canal in Anderlecht.  Flow will be open this year too.

“Our project shows it’s feasible.  It can be managed and be done safely”.

“When we started Pool is Cool, we never
imagined we would have to run a pool ourselves.
We believed we could show the need and politicians would act.  Reality turned out differently.”

Some projects are in the pipeline like the
swimming pond at Neerpede in Anderlecht.
This will open in 2024 at the earliest.

Flow opens on 1 July.  The pool is already being filled.  It’s not cheap and will cost the organisation
200,000 euros this summer.  There is no
entrance fee.  Flow has several sponsors
and also gets grants from the Brussels and Flemish governments.