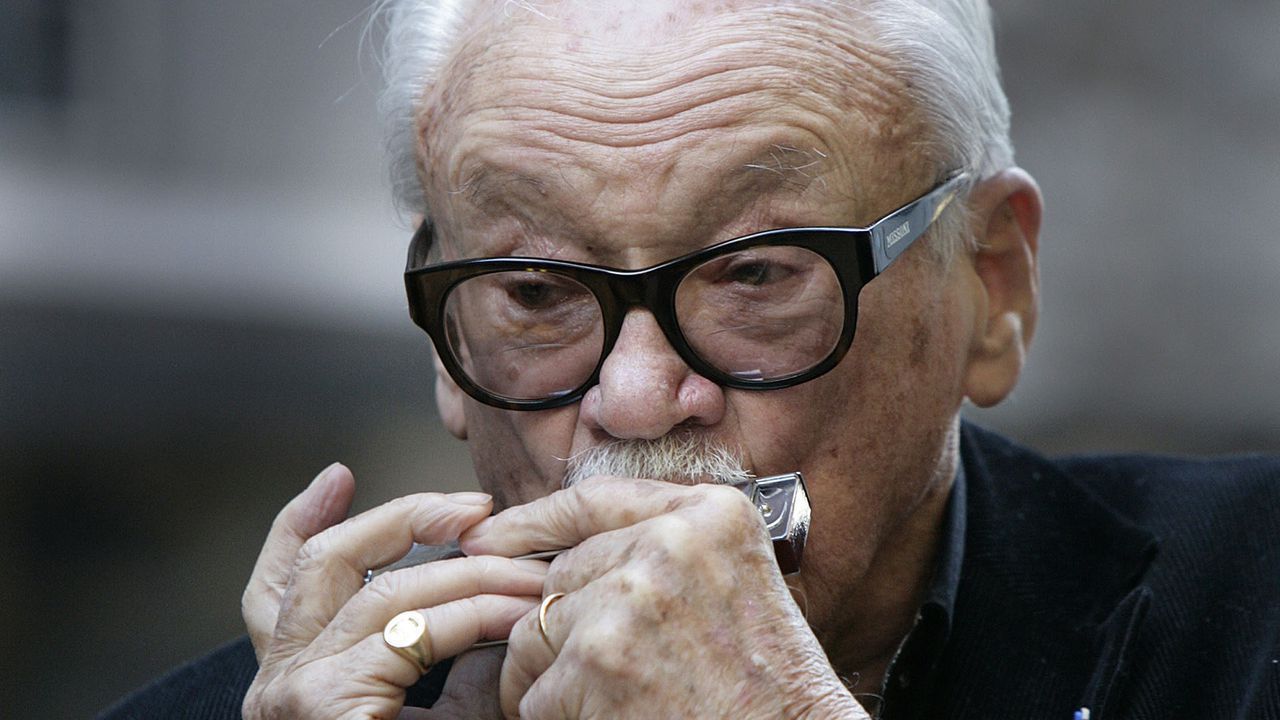 The City of Brussels and the Brussels
region have refused to grant the Brussels local transport company permission
for a gigantic harmonica at the entrance of the future Toots Thielemans metro
station in Brussels. The authorities say the work of art is too dangerous and
that it doesn’t fit in with the local urban environment.

The 725-kilo work of art that measures
seven metres in height was supposed to be erected on the front of a building in
the Zuidlaan, one of five entrances planned for the new Toots Thielemans metro
station on the new metro line 3.   The harmonica was intended to honour the world-famous
Belgian musician, who would have celebrated his 100th birthday this
year.

The authorities maintain that the anchors
needed to fix the artwork to the front of the building will considerably damage
the front that has already seen better days.
There are also concerns the concrete porch roof wouldn’t be strong
enough to bear the work of art if it fell down.
It was judged that the safety risk both for the building and people on
the public highway would be too great.

Earlier the Royal Commission for Monuments
and Landscapes issued a negative advice claiming the visual impact that the
artwork would have on the urban environment was too great.  The commission argued that the harmonica
would disturb the aspect of listed buildings in the area.