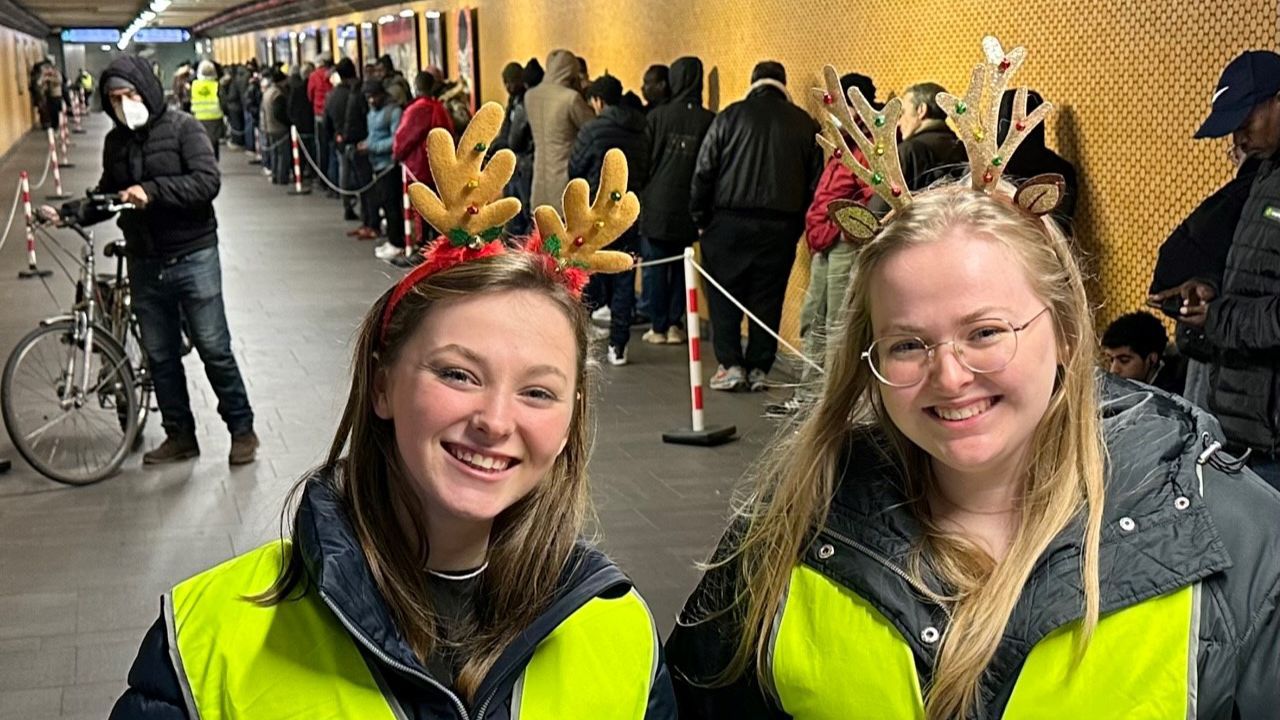 There was an
offer of a Christmas Eve meal for two hundred homeless people handed out at
metro station Kruidtuin/Botanique in Brussels last night.  The charity Operatie Thermos provided the
meal as well as a pack of personal hygiene products.  Unfortunately, due to the large numbers that
turned up, some people had to be turned away.

Operatie
Thermos (Operation Thermos) offers meals to homeless people every day of the
week from 1 November till the end of April thanks to volunteers, the support of
sponsors and co-operation from the local transport company MIVB.

The
organisation first set to work in 1987 when scouts coming off the train at
Brussels Central were touched by the plight of homeless people in the station.  They offered them a thermos flask full of
coffee as well as sandwiches and this they continued every evening.  After a month they were astounded by the scale
of the problem and launched a media appeal for volunteers.  This is how Operatie Thermos originated. 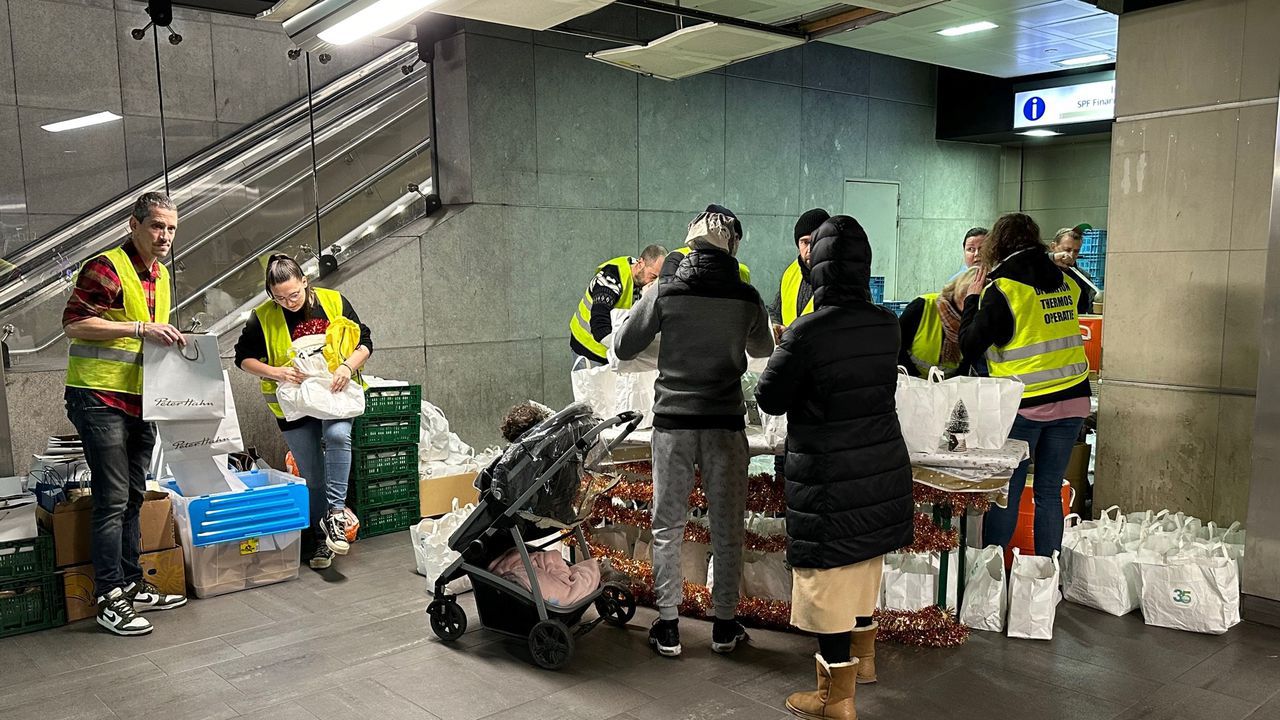 Together
with Operatie Thermos Nathalie organises “Christmas for Everybody” at the
Kruidtuin metro station: “Unfortunately our budget doesn’t stretch any further
than 200 meals.  There are far more
requests than that!”

“Today’s
menu included mushroom soup, peach and tuna, Flemish stew and a slice of Christmas
cake. There was coffee and hot chocolate too.
Since the start of the pandemic people can no longer eat their meal here
but need to take it away and eat it out on the street.  We work with volunteers, but there are
certainly enough, especially at Christmas”. 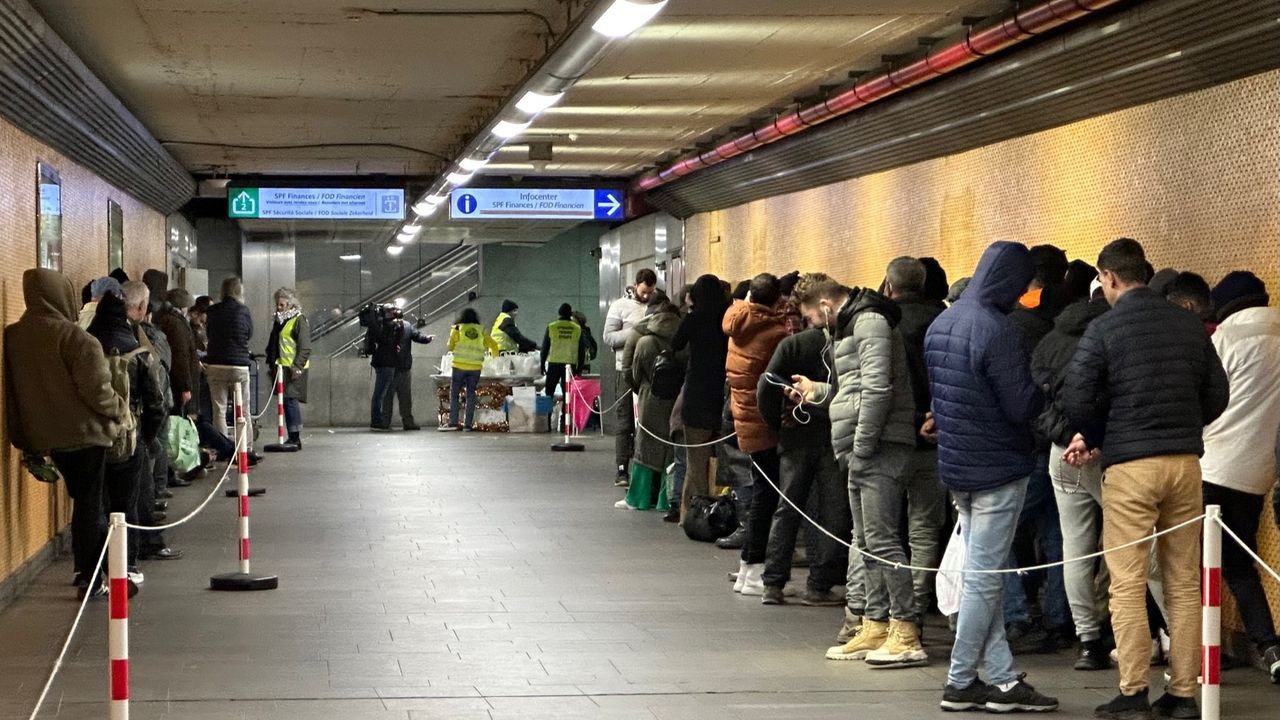