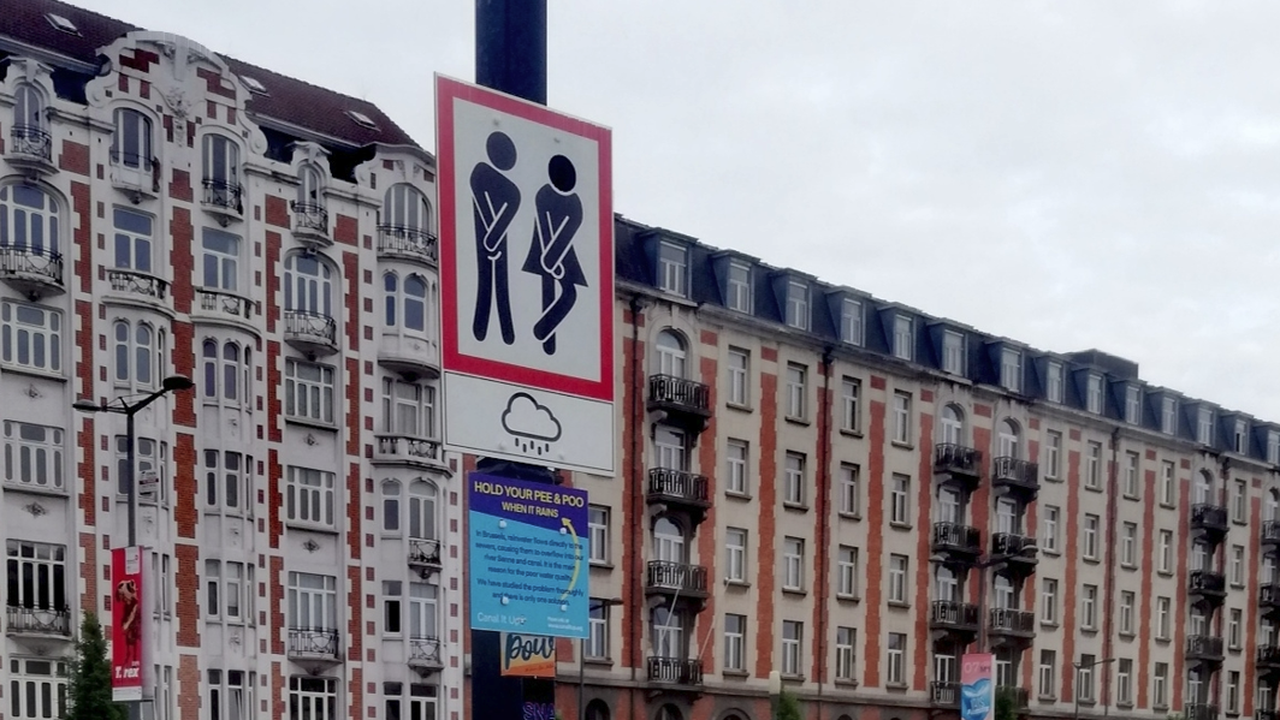 “Canal It
Up” has launched a campaign to prevent sewerage ending up in the waterways of
Brussels.  The Brussels organisation is
calling on the people of Brussels not to go to the loo when it’s raining.

The reason
is clear: “Brussels only possesses one sewerage system that is fed by water
from our lavatories as well as rainwater.
When it rains the system can’t meet demand an excess water overflows
ending up in the Brussels – Willebroek Canal and the River Zenne. Both get
polluted” says Pieter Elsen of “Canal It Up”.

“The Canal
and the River are badly polluted by sewerage when it rains.  We’ve studied the entire system.  There’s no easy solution, but the best answer
is to ‘Hold your Pee & Poo’ when it rains”.

“Canal It Up”
has calculated 10 million cubic metres of sewerage end up in Brussels waterways
each year.

The
campaign is tongue in cheek and the people of Brussels are not really supposed
to hold it up, but it should create greater awareness of the problem.

The
campaign includes road signs depicting a male and female figure with crossed
legs as well as features on several media outlets.