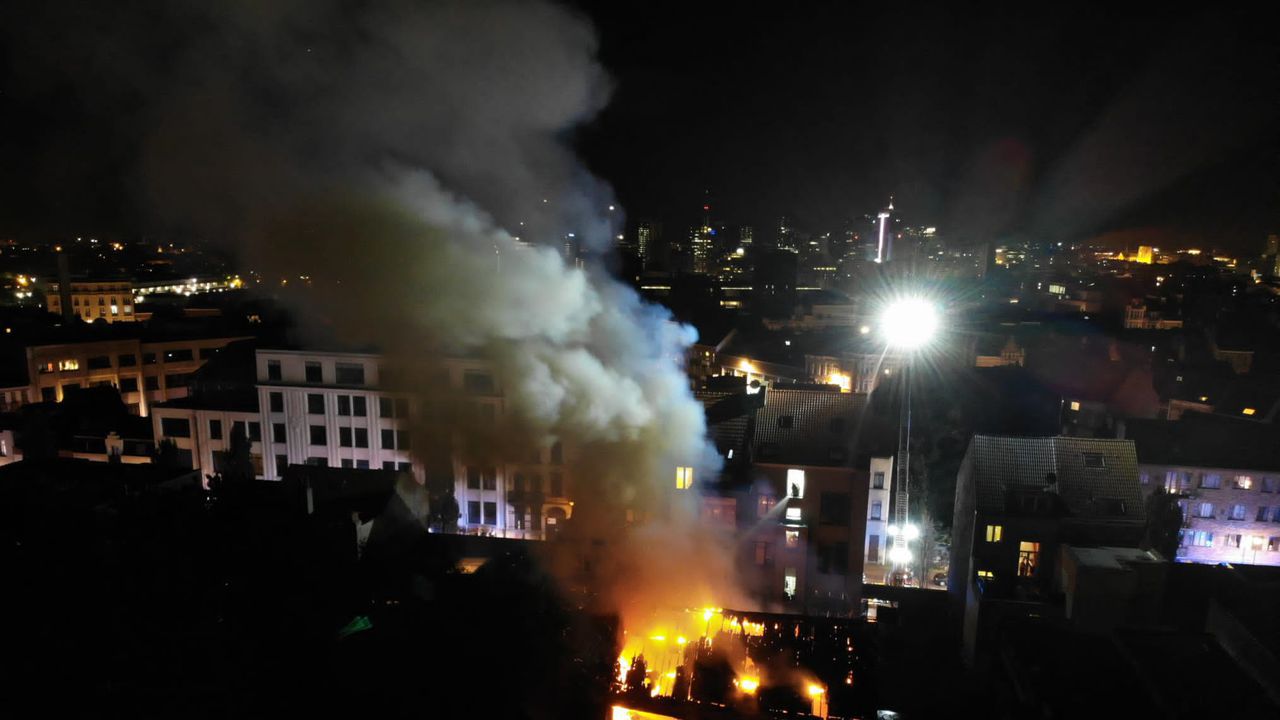 The Brussels Fire Service has extinguished a serious fire at a disused warehouse in the Brussels municipality of Sint-Jans-Molenbeek. Initially, it was feared that fireworks might have been being stored in the building on the Jean Dubrucqlaan, but this proved not to be the case.

Walter Derieuw of the Brussels Fire Service told the Brussels regional news platform Bruzz that the disused warehouse is known to be used by squatters, but thankfully fire-fighters found no squatters present when they went to extinguish the blaze.

“The Fire Service got the blaze under control relatively quickly and was able to prevent it spreading to adjacent buildings”. No one was injured in the fire.

The cause of the blaze is currently the subject of an investigation. Officers from the Brussels West Local Police Service cordoned off the area to allow the other emergency services to work unhindered.