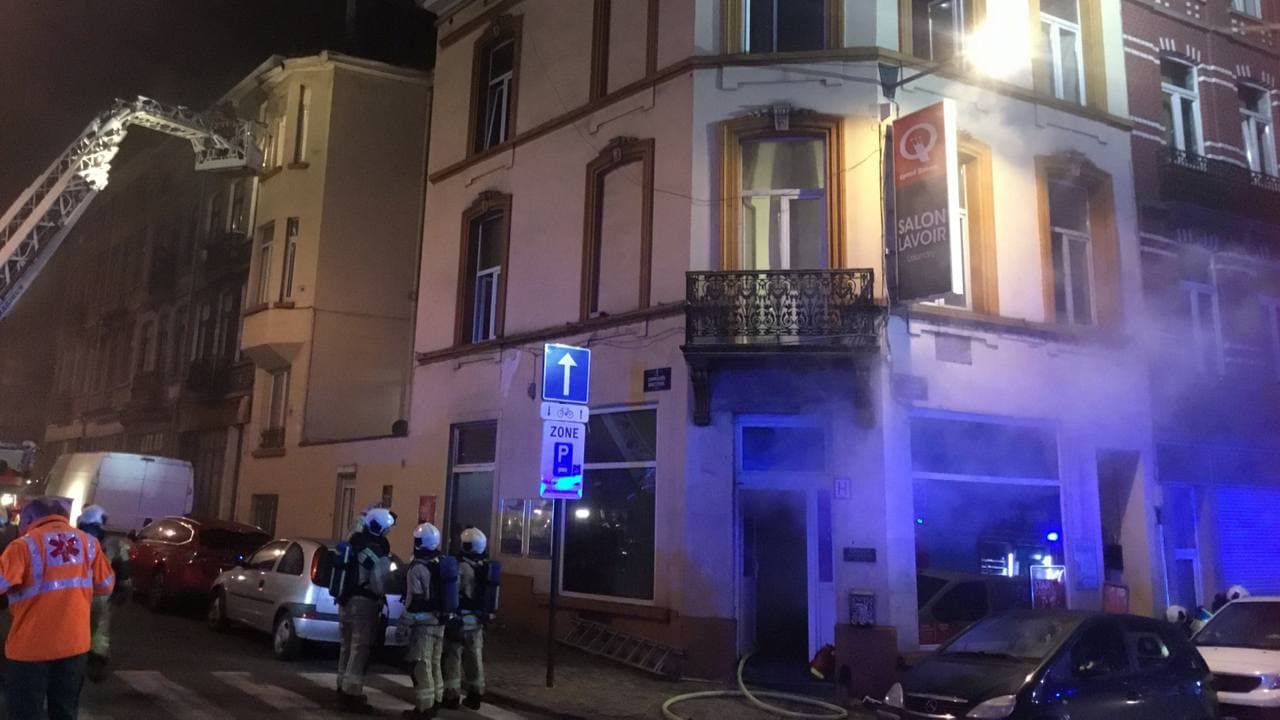 Five people were hospitalised after fire engulfed a house on the Leuvensesteenweg in Brussels on Friday evening. A total of 11 residents of the house that contains several flats suffered the effects of smoke inhalation.

The Brussels Fire Service says that the fire started at around half past midnight in a laundrette that is housed on the ground floor of the building. When the Fire Service arrived at the scene, the fire was very intense and there was a lot of smoke. 11 residents of the building’s upper floors were rescued using ladders.

The Brussels Fire Service Spokesman Walter Derieuw told the Brussels regional news platform Bruzz that “11 residents of the building suffered smoke inhalation. 6 of them were treated at the scene, 5 others had to be taken to hospital”.

The fire caused serious damage to the building, and it has been rendered uninhabitable for the time being at least.

A total of 40 fire-fighters attended the blaze and 3 fire engines and 5 ambulances were deployed. It took until 3am to extinguish the fire.