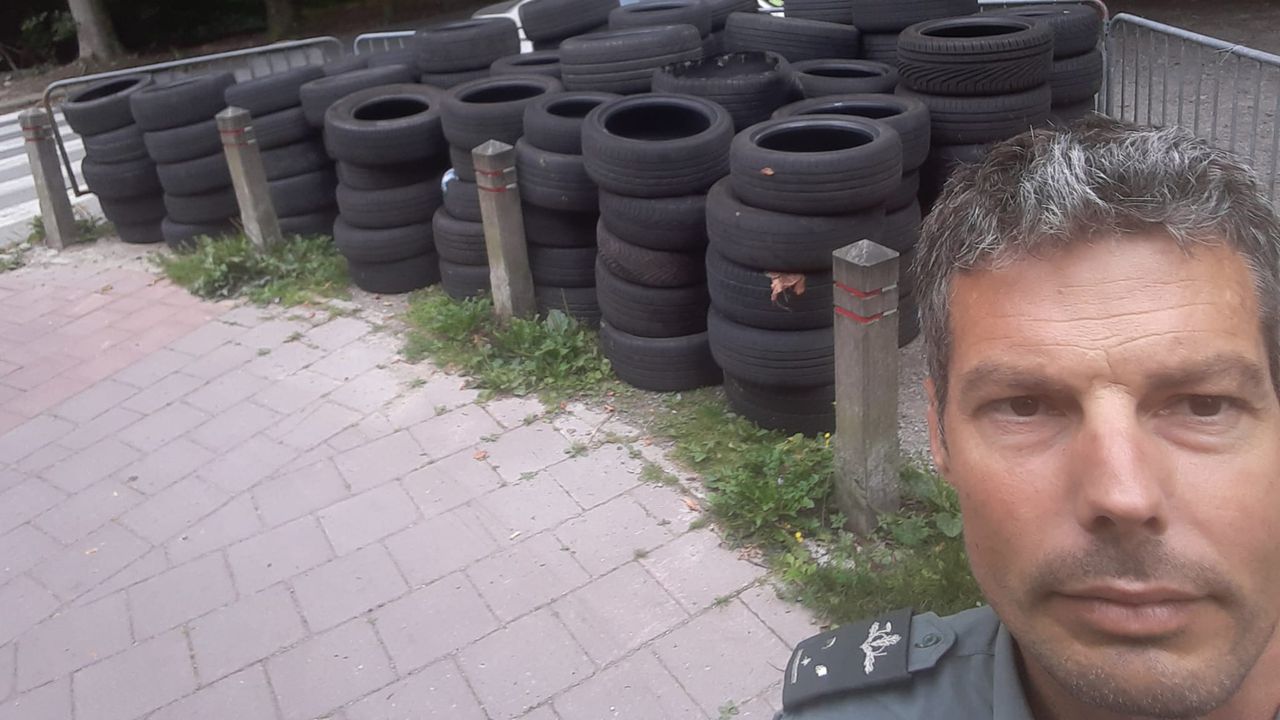 Forest wardens have discovered 140 tyres
dumped in the Sonian Forest. The incident comes after thousands of tyres were
dumped in Halle Forest, south of Brussels, earlier in the month.

The forest wardens from the Brussels
environment department discovered the tyres dumped in a ditch not far from the
Red Priory last week.  Fly-tippers favour
the roads heading into the wood to dump their wares.  But forest warden Bart Swerts says that in
the whole time he’s been in the job he’s never seen tyres being dumped in these
numbers.

In recent weeks thousands of tyres were
discarded in Halle Forest, south of the capital, while earlier tyres were
dumped near the municipal park Neromhof in Meise (Flemish Brabant), north of
Brussels.

Bart Swerts: “The damage to the environment
is limited, but it gives us a lot of work.
Seven of us have been busy clearing up the tyres this morning. Then we
have to contact the refuse company Net Brussel to come and collect the tyres.  This is all time we could have spent on essential
work like taking care of seeds we have planted”.

It’s unclear who dumped the tyres.  The suspicion is somebody is getting paid to
collect the tyres and take them to the recycle park, but instead decides to
dump them just anywhere pocketing the cash.

Forest wardens have contacted the local
police to check CCTV footage and possibly identify the culprits’ vehicle. Fines
for fly-tipping in beauty spots range from 62 euros to 62,500 euros depending
on the nature of the discarded waste.