Freedom convoy: "Hundreds of French protesters will come to Brussels” 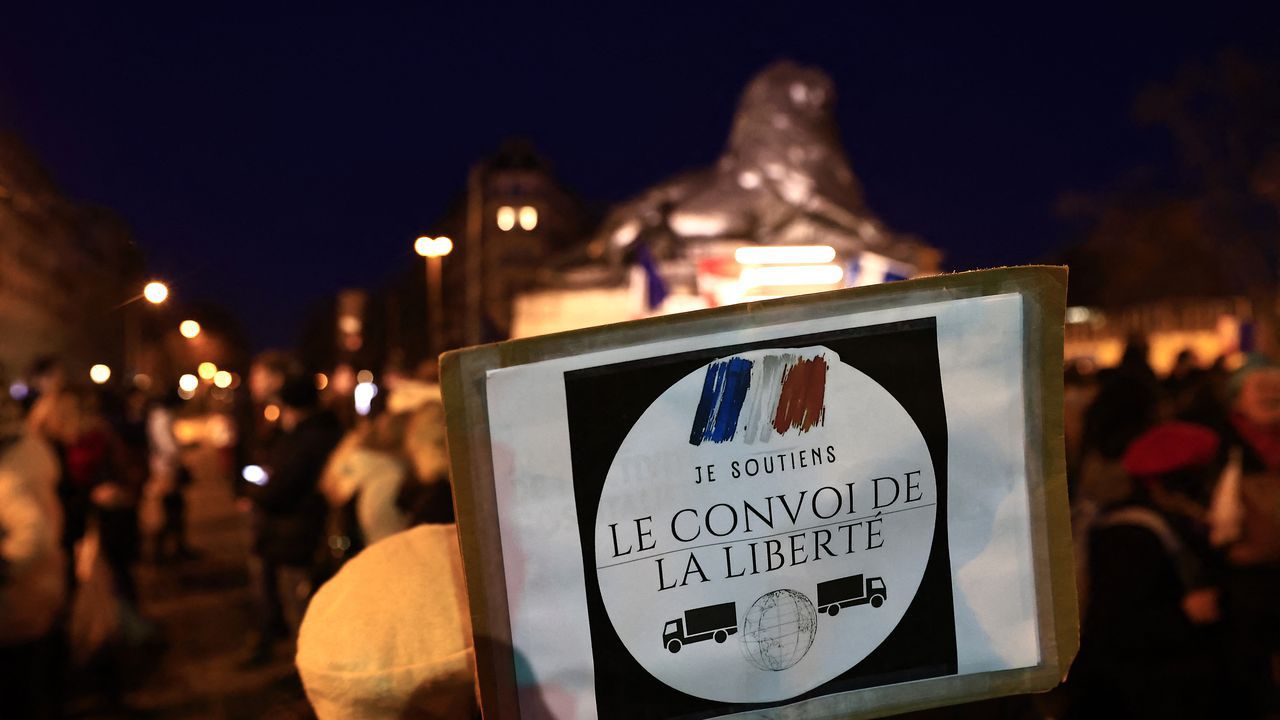 Freedom convoy: “Hundreds of French protesters will come to Brussels”

Freedom convoy: "Hundreds of French protesters will come to Brussels”

Today (Sunday) and tomorrow hundreds and possibly even thousands of so-called “Freedom Convoy” protesters are expected to descend on Brussels. Many of these will come from France where they have already protested in Paris, and from The Netherlands where a protest was held in The Hague on Saturday. Those supporting the protest want to cause disruption in Brussels by blocking strategic crossroads, junctions and road tunnels.

This strategy has already by used by their counterparts in the Canadian capital Ottawa and at bridges along the border between the Canadian province of Ontario and the US state of Michigan. Whether it will succeed in Brussels remains to be seen. VRT News’s reporter Steven Decraene has followed the protester in France.

He says that while some of them intend to come to Brussels they don’t know the city and aren’t aware of which crossroads or junctions they should block to ensure their protest causes maximum disruption. Furthermore, with convoys banned not only in Brussels, but also in the province that surrounds the capital, Flemish Brabant, it is still unclear as to whether the protests will be able to reach Brussels at all.

The "Freedom Convoy" held a major protest action in Paris on Saturday. The aim was to blockade the motorway that encircles the centre of the French capital. Resolute action by police prevented this from happening. Many vehicles were checked, many fines issued, and some (suspected) protesters were even arrested. Meanwhile, in Paris City Centre police used tear gas to disperse the protesters that had gathered there.  Some of the French demonstrators intend to travel Brussels today to protest here, along with many Dutch and possibly German and Belgian protesters.  It is still to say how large the group in Brussels will be.

Our reporter Steven Decraene was at the protest in Paris on Saturday. He expects that several hundred, and possibly more, French protesters will come to Brussels.  The French won’t be in lorries but cars, camper vans and on motorcycles.

"They are people who have been campaigning for years because they are dissatisfied. They feel like they are the losers in modern society. They feel that everything is decided over their heads," Steven Decraene explains.

"The demonstrators presume that they be able to Brussels easily. After all, they say that they are not doing anything wrong. They will just be driving there to here in a convoy. Occasionally they also break up the convoy, so that they do not stand out. They also believe that the Belgian police reaction won’t be as firm as that of the French police”.

Don’t know where to go

However, the French protest don’t know Brussels and most have no idea which junctions, crossroads or road tunnels they will need to blockade to cause maximum disruption.

"When I talk to people here, I notice that they don’t know where to drive. If they want to block tunnels, which are the most interesting to block? What does that European District look? The big question is how the protest will be coordinated. They (the French) hope for the help of a Belgian protesters”, Steven Decraene said.

"And then there is also the question of how the police will react. In France they have acted hard. They have convoys have been diverted and/or broken up, people have been taken away and fines have been issued.

In Belgium a ban on demonstrations using motor vehicles has been brought in. On Saturday the police warned that non-compliance will result in prosecution.  Nevertheless, the police are taking in to account the possibility of wide-spread disruption in and around Brussels on Monday. The public are requested to avoid travelling to Brussels unless they have to be there.