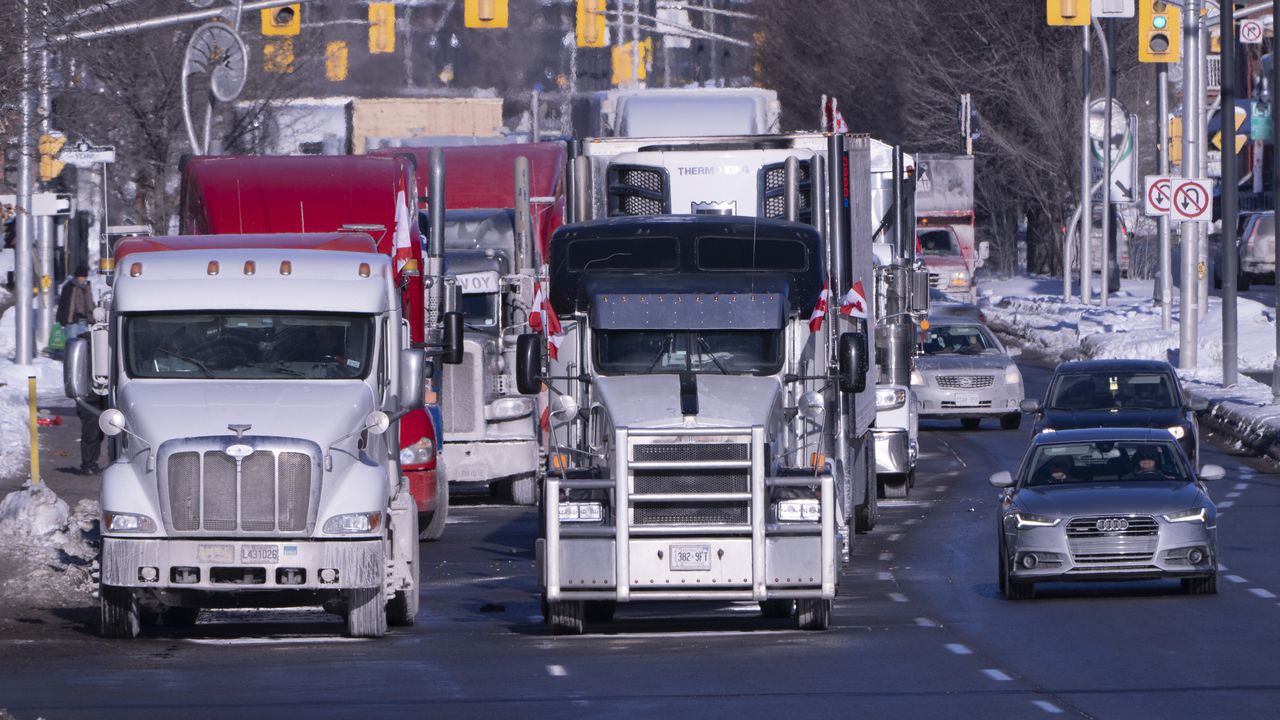 A protest in Ottawa (Canada)

Belgian
interior minister Verlinden (Flemish Christian democrat) has banned so called “Freedom
Convoys” in Belgium.  Protesters are
eager to emulate the Freedom Convoy in the Canadian capital Ottawa in protest
against corona measures.  Truckers from
the four corners of France are heading for Paris.  Calls have appeared online for similar
protests in Brussels.  Federal police now
intend to carry out checks on the border.

A convoy
from Paris is expected to make for Brussels, the “European Capital”, via Lille
on Sunday.  There are plans to occupy
important intersections like the Jubel Park area and Schuman Circus in the
vicinity of the HQ of the European commission for up to 4 weeks.  A less radical plan is for a gathering at the
Heizel. The fear is that protesters from the four corners of Europe will head
for Brussels on Monday.

Ms
Verlinden took her decision in consultation with the Mayor of the City of
Brussels.  She is now looking which
measures are needed in Brussels and the borders to enforce the ban.

Truckers
blocking roads are liable to be punished.

“Obstructing
the emergency services is an issue” says Verlinden.  “It’s unclear how long the ban will
apply.  As soon as it’s not needed it
will be trashed, but we absolutely want to prevent the capital being paralysed
by a small group of truckers”.

Ms
Verlinden is also in contact with her French counterpart.  Brussels police are asking drivers to avoid downtown
Brussels from Sunday onwards and for people to use public transport.

The
protesters are a varied group of people who all oppose current corona
policies.  Several groups that staged
earlier protests are active once again.  “Hand
For Freedom” is asking supporters to offer accommodation to protesters. It’s
unclear whether professional truckers will join the protest like in Canada.  Febetra, the Belgian hauliers’ federation,
doesn’t support the protest.  It says its
members don’t feel particularly dissatisfied by corona measures.

Protesters
who have taken to social media in Belgium oppose government corona policies and
in particular the Covid Safe Ticket that allows holders to provide vaccine
certification in bars and restaurants, etc.