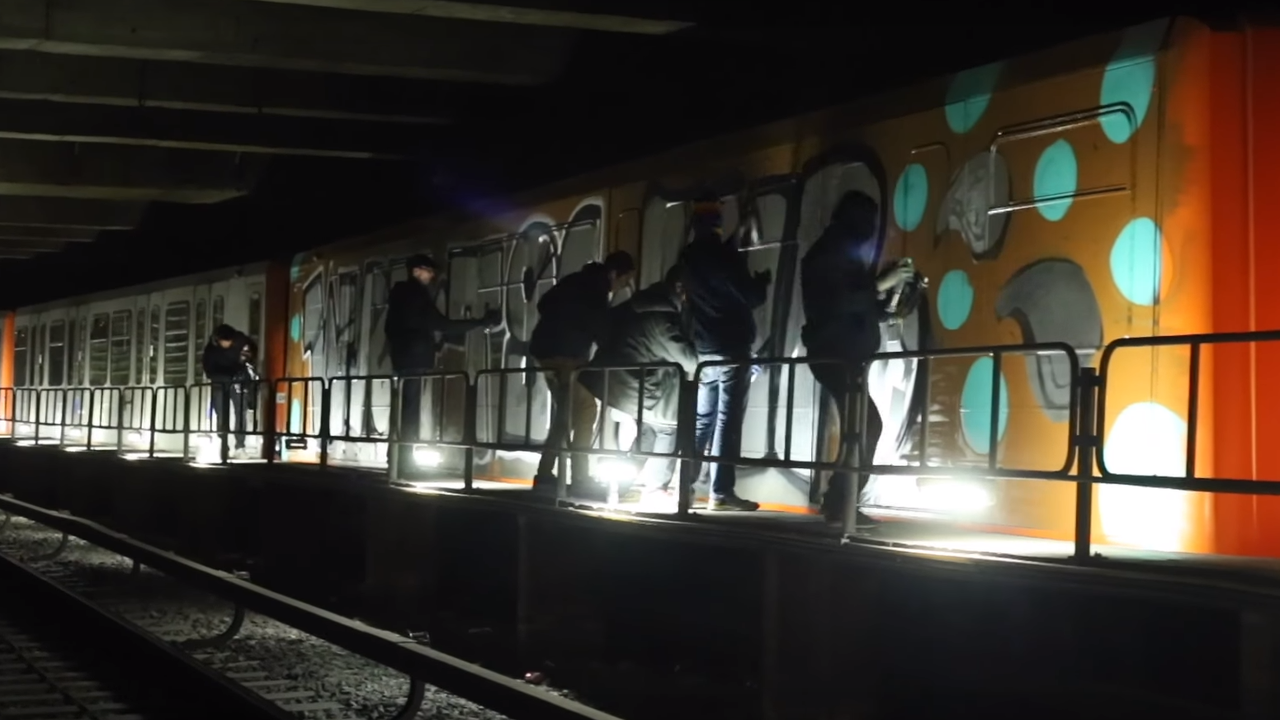 In 2021 the
Brussels local transport company MIVB paid out 875,000 euros to remove graffiti
from vehicles and stations.

It’s the
same story every year: a costly bill to remove paint.  The transport company regrets it’s having to spend
so much on the clean-up and has decided to invest more heavily in
prevention.

“There are
cameras in all vehicles and thousands of cameras in the stations” explains the
MIVB’s An Van hamme.  “We also employ
protective materials that are stuck on our windows.  A special product designed to make it easier
to remove graffiti is also sprayed on the bodywork. “

Leaving the
graffiti isn’t an option.

“Graffiti
attracts more graffiti” says Van hamme.  All
vehicles are cleaned as quickly as possible when graffiti appears. Especially
when the graffiti includes hateful messaging, we try to remove it within three
hours”.