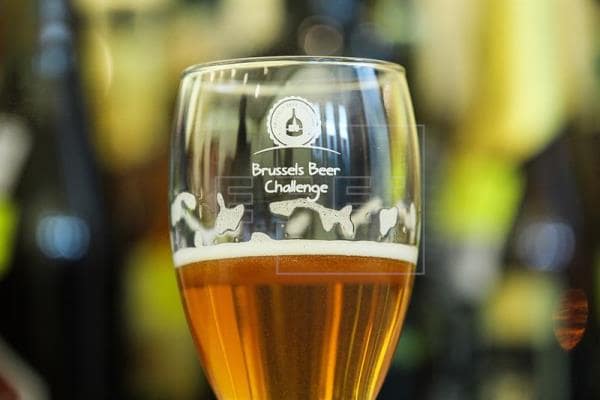 The Houtense brewers of Hommeles have once again achieved a great success at the Brussels Beer Challenge. At this prestigious festival they won a bronze medal with the Asparagus.

Schalkwijker Jos Eberson, the only full-timer since January 2019 the ‘cartrekker’ of the brewery Bommeles, is particularly proud of his recipe, originally conceived as a perfect companion for the asparagus, but far too tasty to leave the rest of the year on the shelf. It is not the first time that the Timber Brewers have been awarded the prize. They had previously scored with beers such as the Maple Coffee Porter, the Vice and the Bog Wig at national and international festivals.

The Brussels Beer Challenge is one of the most important Beer Awards in Europe. This year, 1546 beers from breweries around the world participated. The Asparagus was awarded the bronze medal in the Brut category. There was no gold medal in this category are awarded the silver medal went to the Brazilian brewery Kessbier for Kessbier Belgian Mango, Dry.

The Asparagus is a Bière Brut of 6.5% alc. with a bitterness of 24 EBU and 8 EBC color. The special aromas give thanks to the addition of grape must and dryhopping with Nelson Sauvin hop flowers. The beer is mistaken with champagne yeast; this gives the beer a pleasant mousse, which gives a sparkling feeling of mouth.

Those who want to taste the Asparagus will have to be lucky or patient; because of the Medal the current stock was sold quickly. But the new batch, with the new label with the medallion, can be obtained locally from the regional wearers as of mid-December.