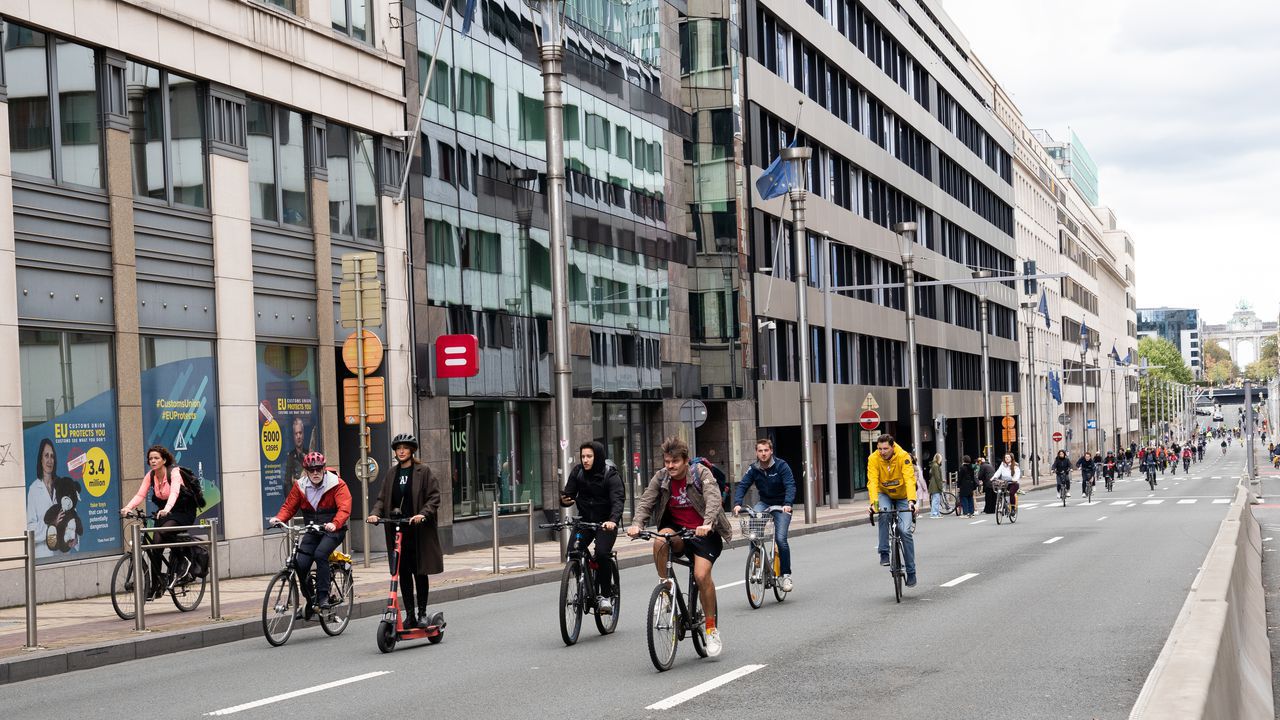 Sunday’s Car-Free Day in the Brussels Capital Region not only changed the face of the capital’s normally traffic filled streets. The annual event that is the highlight of the European Mobility Week, also had a positive impact on air quality and noise levels in Brussels.

The Car-Free Sunday resulted in an overall improvement in air quality, with a significant decrease in concentrations of several pollutants. Areas around the busiest traffic routes saw the greatest improvements in air quality.

At the Kunst-Wet measuring station, concentrations of NO and NO2 both decreased by 80% compared with an average Sunday.

When compared to the concentrations recorded on an average weekday the decrease is greater still.NO and NO2 concentrations were down by 90% and 86% respectively compared with their normal weekday levels.