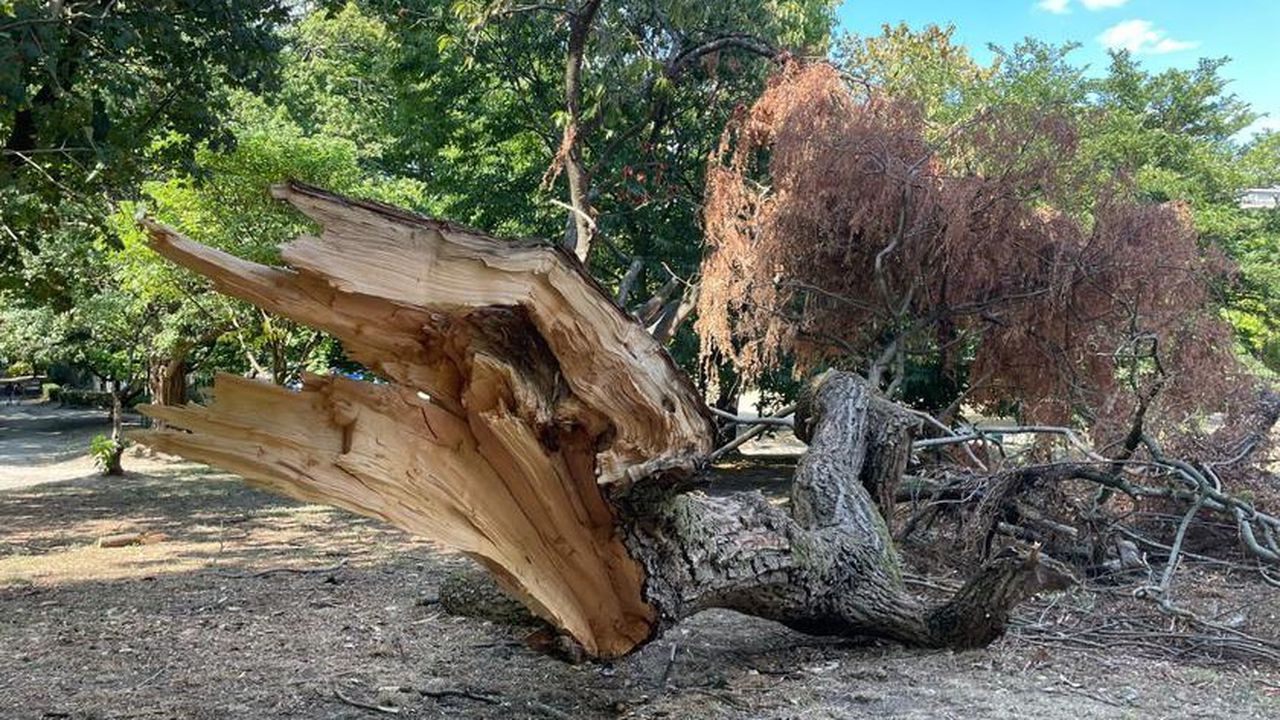 Many trees in parks across Brussels now
face the chop.  They have been weakened
by the drought and have become easy prey to parasites and infections.  For a while now tree experts have been
warning of the threat posed by climate change and the ramifications for many
varieties of tree.

The situation in the Brussels borough of
Vorst is particularly worrying: trees in the Duden Park, the Vorst Abbey Park and
Vorst Park need to be pruned and even chopped down because they have been
weakened by the drought.

The dire situation isn’t limited to Vorst
though.  In parks across Brussels trees
have been losing leaves as if fall had already arrived.  Some trees needed to be pruned or even
chopped down because of the danger they posed.

At Vorst Abbey Park a 120-year-old ash tree
required excessive pruning last week to prevent branches from crashing down.  The tree even had to be secured with a
special fence.  Fungi have weakened the
tree making it easier for branches to break off. The municipal authorities say this
isn’t an isolated occurrence.

Recently two trees crashed down onto a road
outside the Duden Park and last Wednesday five poplars needed to be felled near
a playground at the abbey.

Alderman Alain Mugabo says it’s not a
decision that is taken lightly, to chop down trees, but it’s sometimes
necessary to ensure safety.  The alderman
adds that when green spaces are replanted choices are made in favour of trees
that are more resistant to protracted drought.