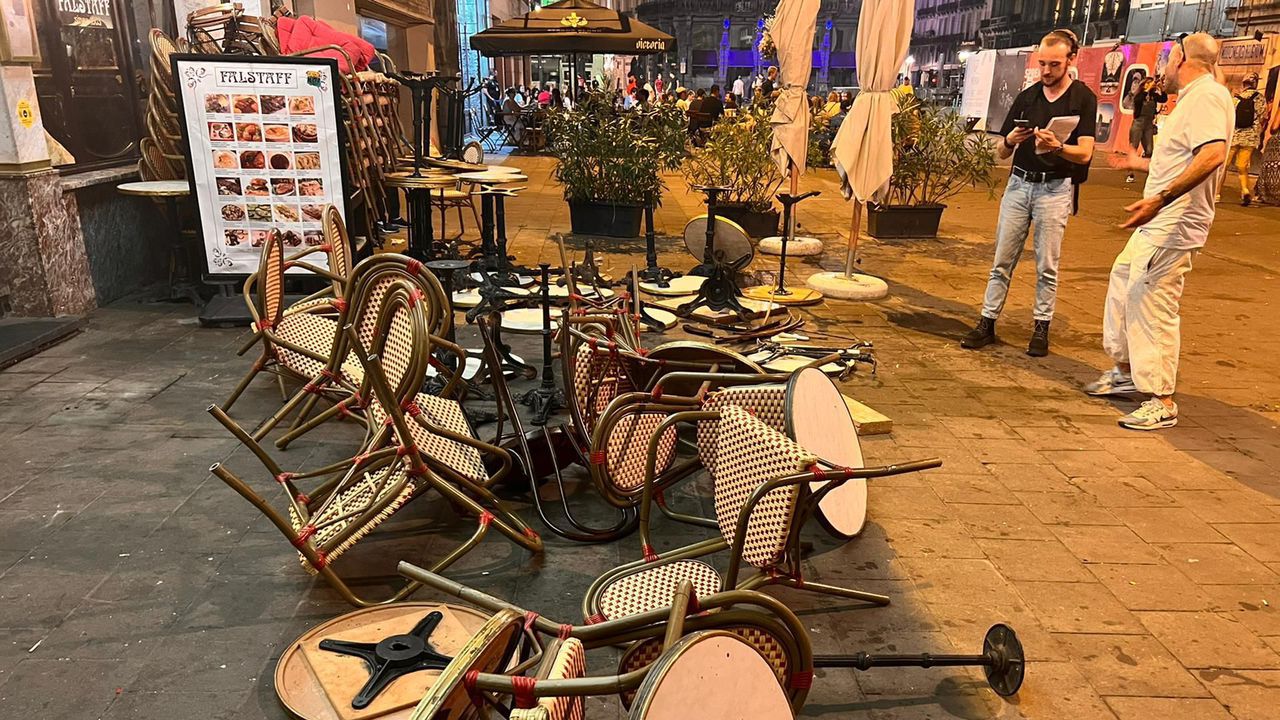 Thousands of euro of damage has been caused after football hooligans ran amok in a restaurant in the centre of Brussels. CCTV images show around 30 masked men throwing tables and chairs through the windows of the Le Falstaff brasserie and restaurant near to the city’s former stock exchange building. The confrontation came of the eve of the second leg of RSC Anderlecht’s Conference League group stage qualifier against the Swiss side Young Boys Bern.

The Brussels-Capital Elsene Local Police Service Spokeswoman Ilse Van de keere told VRT News that "Just before 9pm yesterday evening there was a confrontation between supporters of the two teams that are playing a match this evening at the stadium in Anderlecht. They wore masks and as such could not be identified. They caused quite a lot of damage at the Le Falstaff brasserie. The supporters ran off when the police tried to intervene”

Meanwhile, the Brussels-Capital Elsene and the Brussels South local police services have launched a joint investigation.

The Chief Commissioner of the Brussels South Local Police Service told VRT News that "23 Swiss nationals have been taken into preventative custody. Using the CCTV footage, we have been able to identify several Anderlecht supporters as well”.

The fight between the two sets of supporters follows incidents in Bern last week. Mr De Landsheer told VRT News that “It is possible that what happened in Brussels was a kind of revenge action by the Swiss supporters. They had material, including knuckle-dusters, on their person that would indicate that they had not only come here to watch a football match”.

Despite Wednesday evening’s incident, Mr De Landsheer says that no additional security measures will be taken for Thursday evening’s game. "We are ready for the match and will ensure that those that ran amok will not be allowed into the stadium. In the meantime, we are examining with Aliens’ Office whether we can deport the 23 Swiss nationals that were apprehended, so that they will not be able to attend this evening’s game or any other football match in Belgium in the future”, the police chief told VRT News.