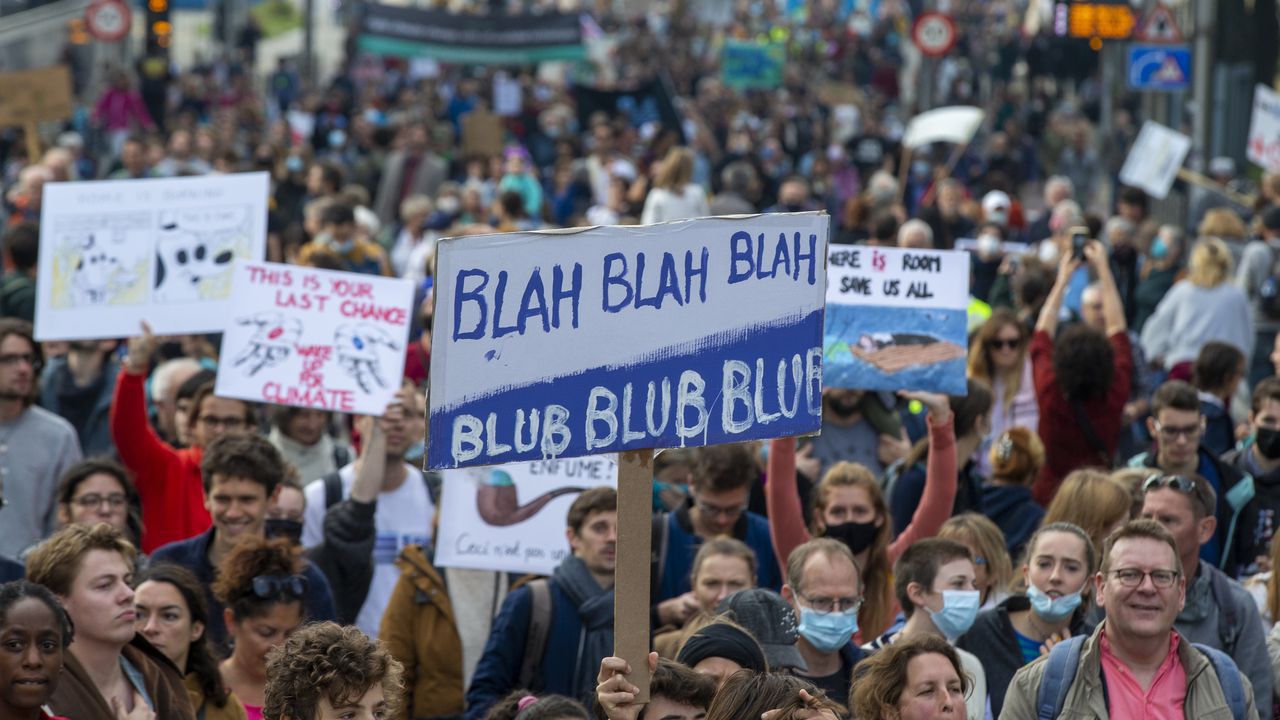 Archive photograph of a previous climate change march in Brussels.

With many thousands of protesters expected to take part in a march against climate change in Brussels on Sunday afternoon, motorists are warned of big disruption to traffic. Public transport too will be disrupted with some tram routes being shortened and bus routes being either shortened or diverted if their normal route crosses the route of the demonstration.

The ”March for the Future” will get under way at 1pm from Brussels North Railway Station. Around 90 organisations are taking part in the march. They have been brought together in the umbrella not-for-profit group Climate Coalition. The organisations that make up the Climate Coalition include environmentalist groups, trade unions and citizens’ action groups.

After having set off from the square in front of Brussels North Railway Station at 1pm the march will make its way through Brussels City Centre and move on through the European District. It will end at the Jubelpark in the east of the city.

Inge Paemen of the Brussels Regional Traffic Agency warns that there will be severe disruption both for motorists and those wishing to use public transport on Sunday afternoon. After leaving the city centre the march will make its way along the Wetstraat to the Jubelpark. The road tunnels along the route of the march will remain open.