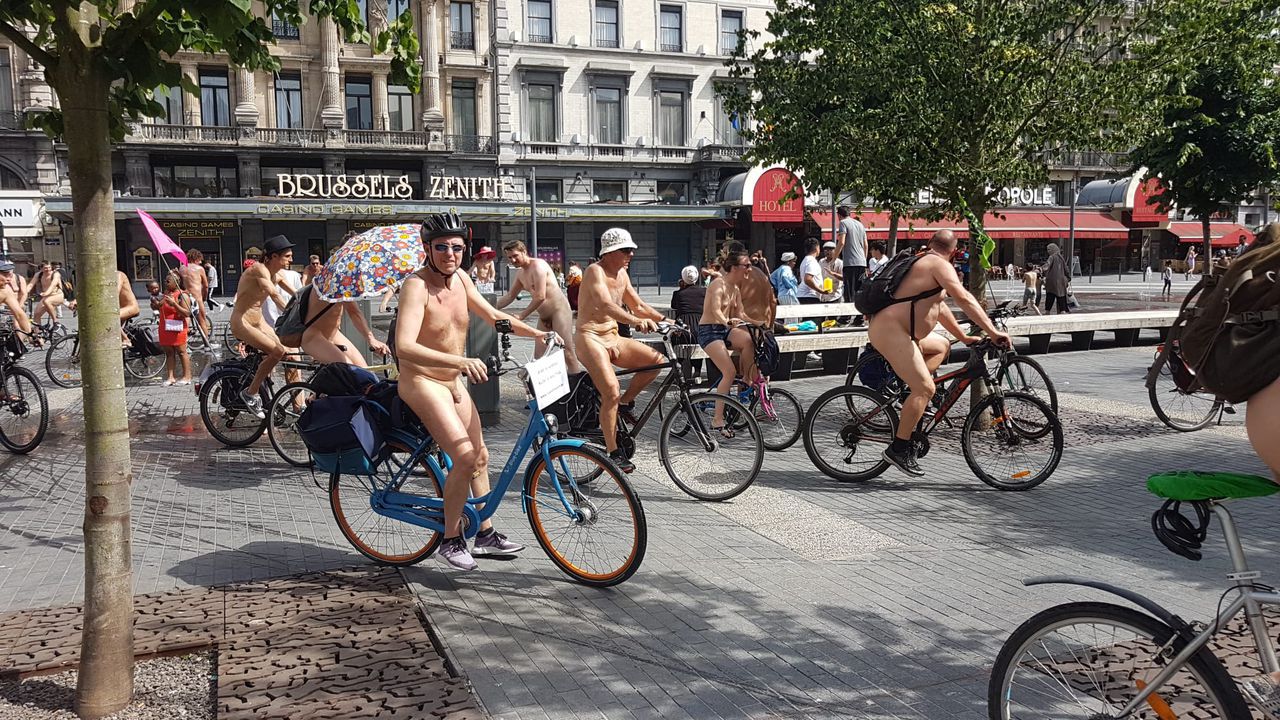 After several years’ interruption due to the
pandemic naked cyclists belonging to the Cyclonudista group once again took to
the streets of Brussels on Saturday.  The
activists hope to draw attention to the vulnerability of cyclists, but the
action was marred when one of their number was hit in the face on the De
Brouckère Square in downtown Brussels.

Organiser Jérôme Jolibois concedes a lot
has changed in recent years but says a lot of work still needs to be done: “We want
to draw attention to climate change and by riding about in the nude, normalise
nudity” he told Brussels media outlet Bruzz.

The action triggered negative reactions on
De Brouckère Square where a dispute started.
A police spokeswoman told Bruzz a patrol had attended the scene, but nobody
was injured during the incident.

One eyewitness speaks of a woman who
shouted hysterically at the naked cyclists who until then had demonstrated in a
party atmosphere.

According to the eyewitness in the fracas one
of the participants received a blow to his face.

Organiser Jolibois is keen to play down the
incident.  “There was a small to-do and a
woman hit one of the cyclists. Others then intervened.  It’s to be regretted, but 99% of the people
welcomed our initiative” he told Bruzz. “We saw many smiling faces”.

For the minute the victim isn’t minded to
file a complaint.

Mr Jolibois did criticise the police.  “Normally they accompany us from start to
finish, but at Schuman the police stopped following us”.

This is denied by the police who claim the
group was followed discretely.

The organisers say 150 people took part,
while the police speak of 40 participants.