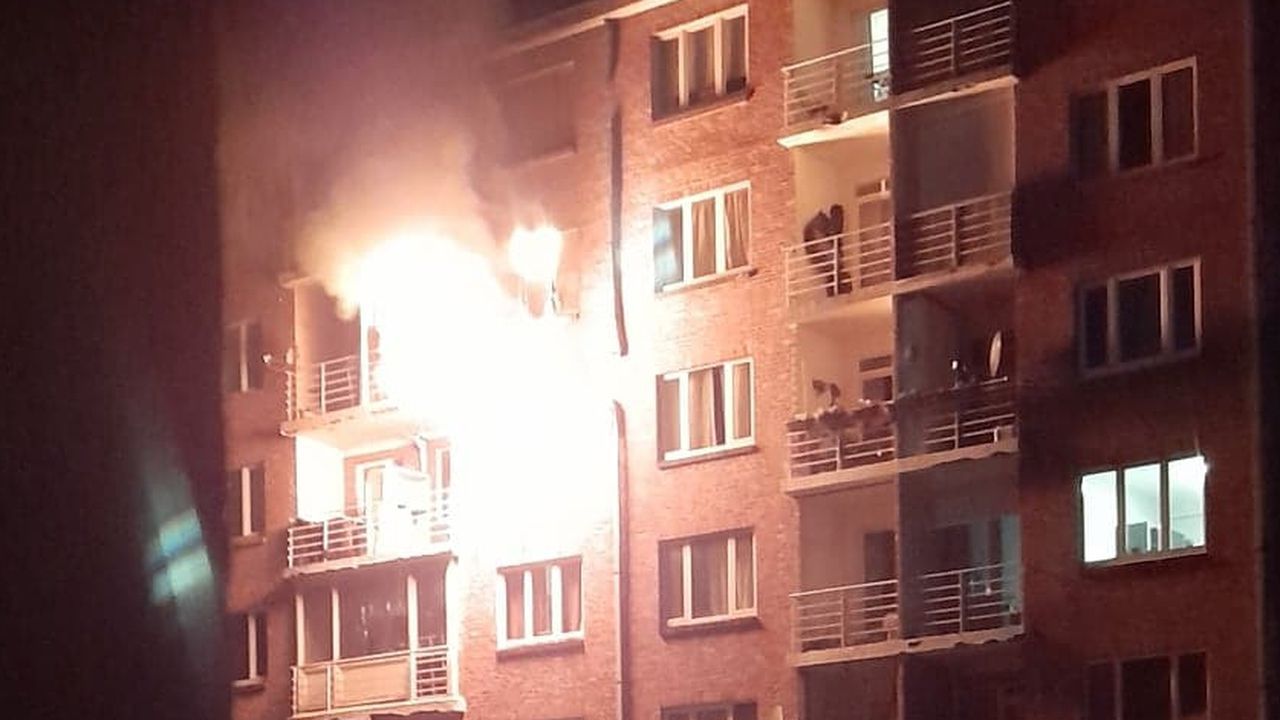 The rear of the building during the blaze (photo: Colin Clapson)

One person
is dead after a blaze in a block of flats in Schaarbeek (Brussels) at the
beginning of the Leopold III-laan, the road that leads to NATO HQ.

It was
shortly after 1AM on Saturday night that fire-fighters were alerted to the fire
on the sixth floor of the eight-storey building.  One person perished.  Four others suffered symptoms of smoke
inhalation and had to be taken hospital.

Walter
Derieuw of the Brussels fire service confirms some forty residents had to be
evacuated.  An MIVB bus ferried them to a
nearby hotel.

The fire-service
used four pumps and two fire engines equipped with ladders to tackle the fire.  Two medical emergency teams and five
ambulances also attended the scene.  By 3AM
the fire service had the blaze under control. 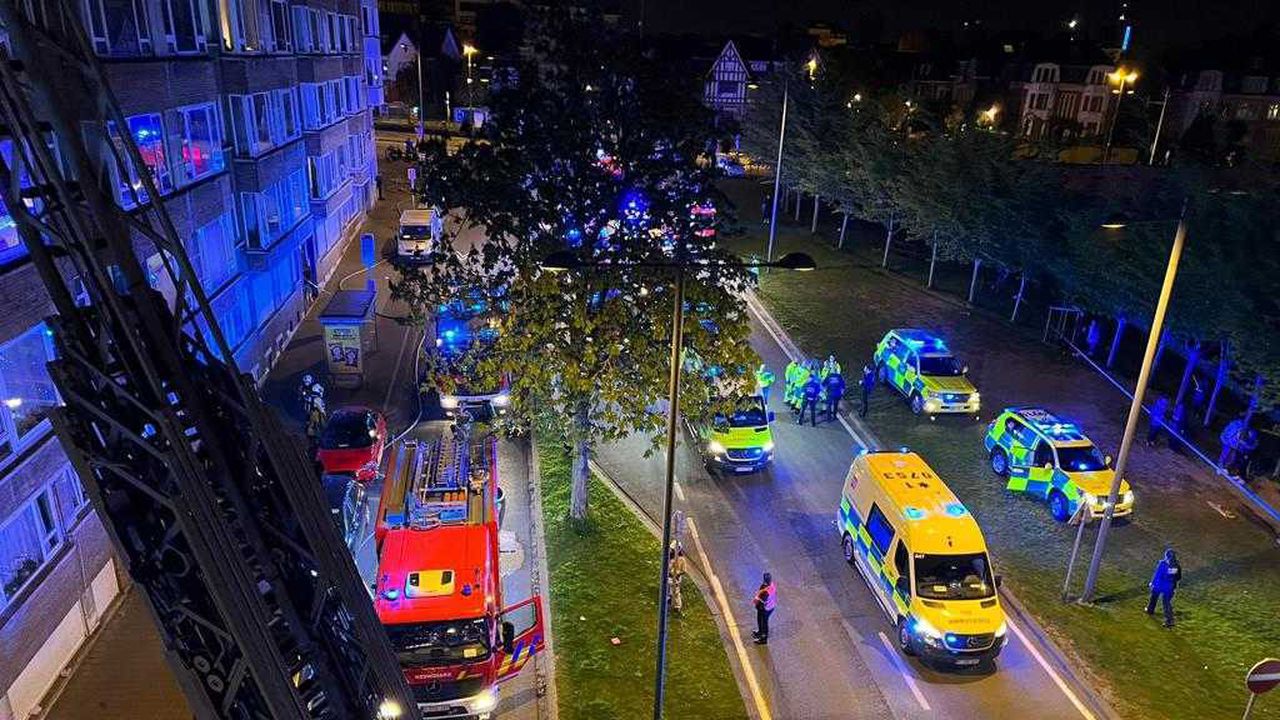