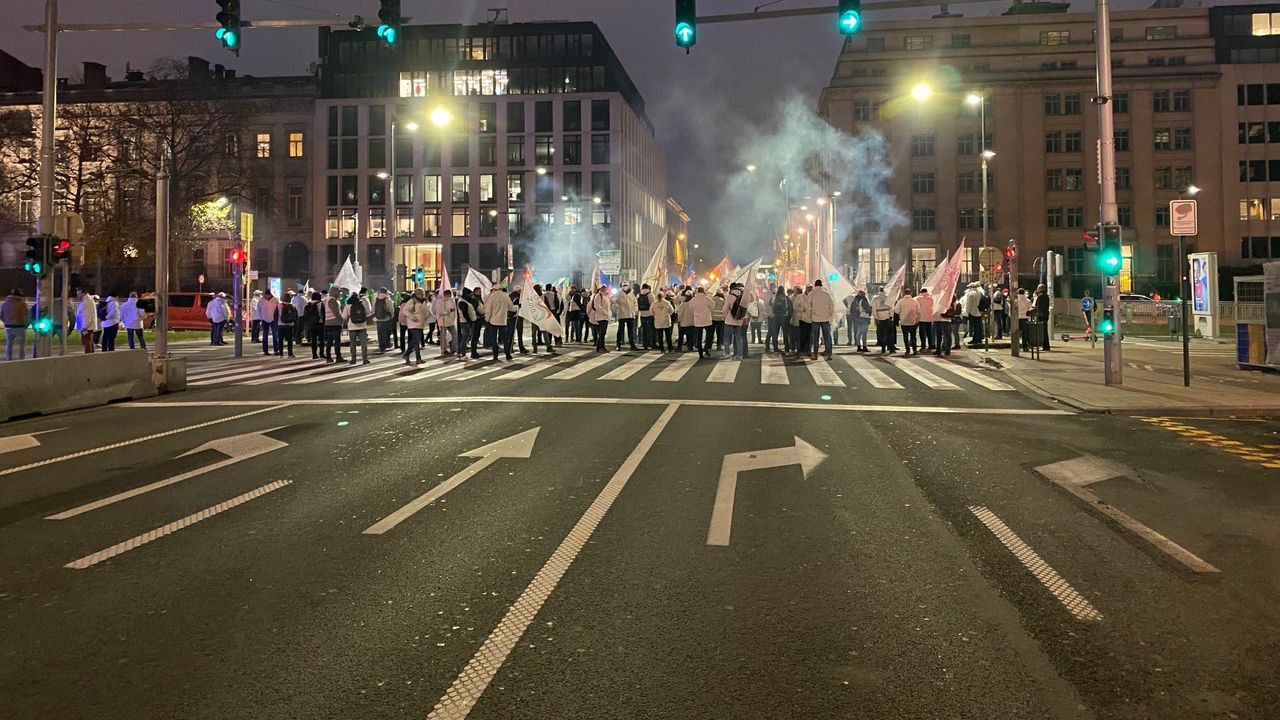 Action by the unions that represent the country’s police officers once again caused rush hour delays in Brussels on Monday morning. The action took place at one of the capital’s busiest crossroads, the junction of the Wetstraat with the city’s inner ring road. Traffic on the inner ring road tailed back as far as Koekeberg, while on the Wetstraat the tailback reached the Schumanplein. Police union representatives are now in talks at the office of the Federal Interior Minister Annelies Verlinden (Flemish Christian democrat).

The tailbacks have since cleared and all the road tunnels on the inner ring road have reopened.

Monday morning’s action was the latest in a series of protests and work-to-rules staged by the country’s police officers in their ongoing dispute about pay, conditions and staffing levels.

Previously the Federal Police staged a work-to-rule at Brussel Airport that resulted in around 100 people missing their flights and 25 flights being delayed.

The unions are demanding extra staff to resolve pressure of work issues and a pay increase. The current strike notice runs until the New Year. On Monday morning police union representatives were invited in for talks at the office of the Federal Interior Minister Annelies Verlinden.