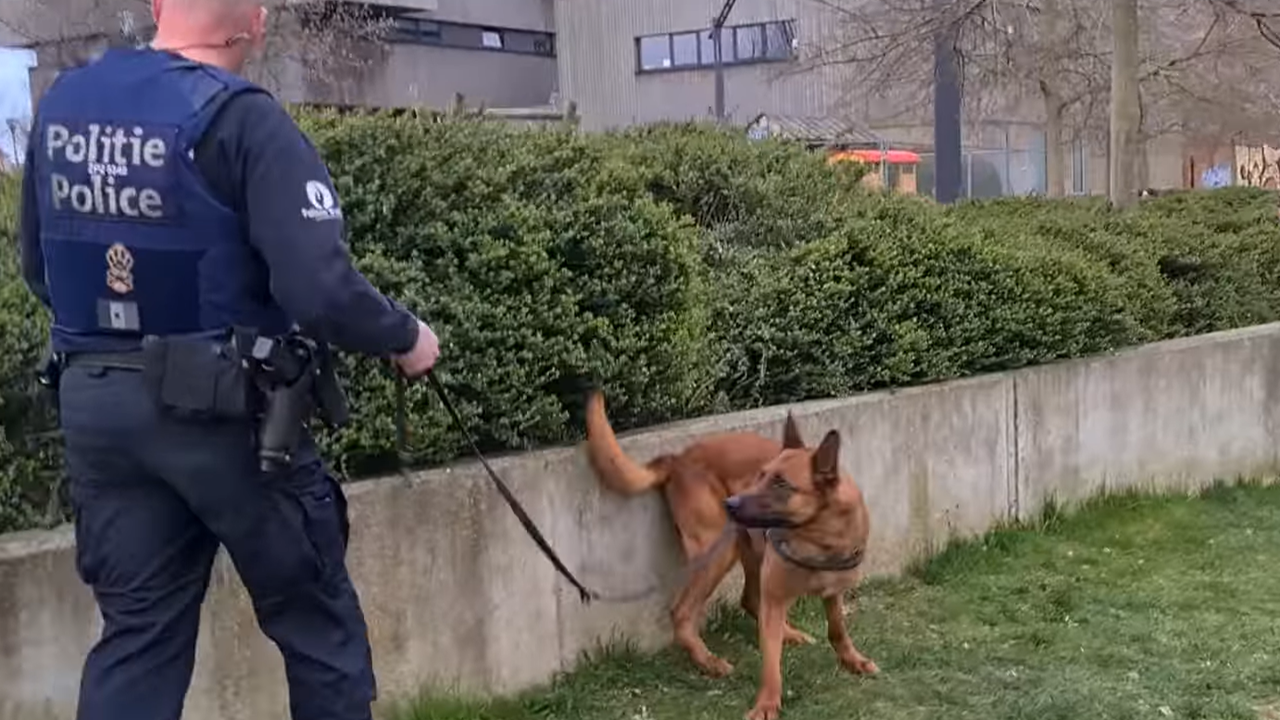 Belgian Shepherd Sammy is the toast of the Brussels West Local Police Service’s drugs squad. While out on the beat with his handler, Sammy found no fewer than 67 packages containing drugs that had been concealed by dealers at various locations in Sint-Jans-Molenbeek. Some of the drugs had been very well concealed by the criminals that had hoped to make a quick buck by selling them. However, Sammy’s keen nose means that the drugs are now off the capital’s streets.

The drugs were found in the area around the Heyvaertstraat on the border between Molenbeek and Anderlecht and near to the Zwarte Vijvers metro station that is a notorious drug dealing hotspot. All 67 packages found by Sammy contained cannabis.

The drugs were buried in a playground and concealed in bushes, inside a car and even behind a garage door. Sammy succeeded in finding the drugs in just 4 hours. It is not yet known who they belong to.

Needless to say, the Brussels West Local Police Service is very proud of Sammy. So much so in fact they they posted the video below of the canine in action.