Schuman square to get a complete make-over: "Make it a meeting place for people instead of cars" 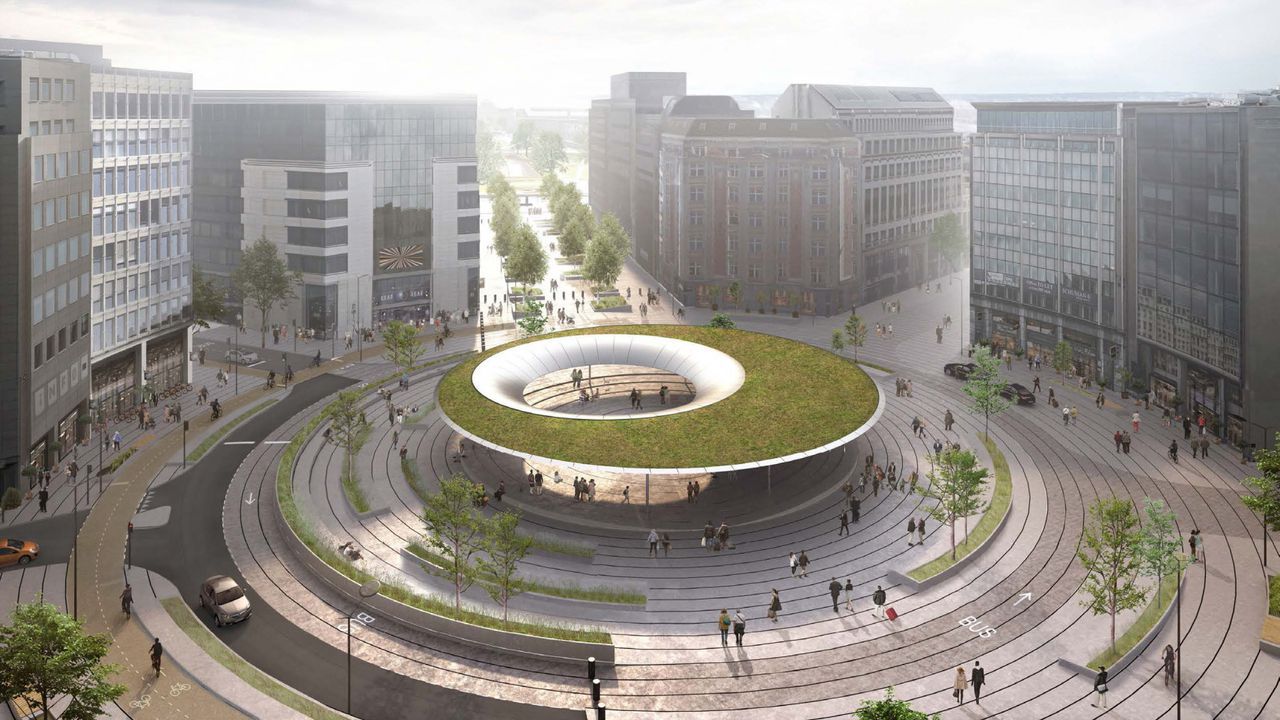 Schuman square to get a complete make-over: “Make it a meeting place for people instead of cars”

Schuman square to get a complete make-over: "Make it a meeting place for people instead of cars"

After 6 years of technical procedures, the Brussels government has finally received a permit for its renovation plans for the Schuman square in the European district.

The works will be carried out by Beliris and boast a budget of 21 million euros. The make-over of the place will be a complete one. A huge roundabout with a lot of traffic at present, it should become a nicer place for people to pass by or to visit, a nice hub for commuters and local residents alike.

The plan is a cooperation between the Danish architect office COBE and its Brussels colleagues of BRUT. A first plan was adapted to include more plants and more trees and to provide better access to the place for people who are less mobile or have vision impairment.

Motorised traffic will be banned as much as possible, says the Brussels State Secretary Pascal Smet: "Most car traffic will disappear. It will no longer be a roundabout, but a real meeting place for people. It should become an eye-catcher for Brussels and Belgium."

Smet hopes that the works can kick off in a year’s time, to be finished in the first half of 2024, when Belgium will hold the rotating presidency of the European Union.