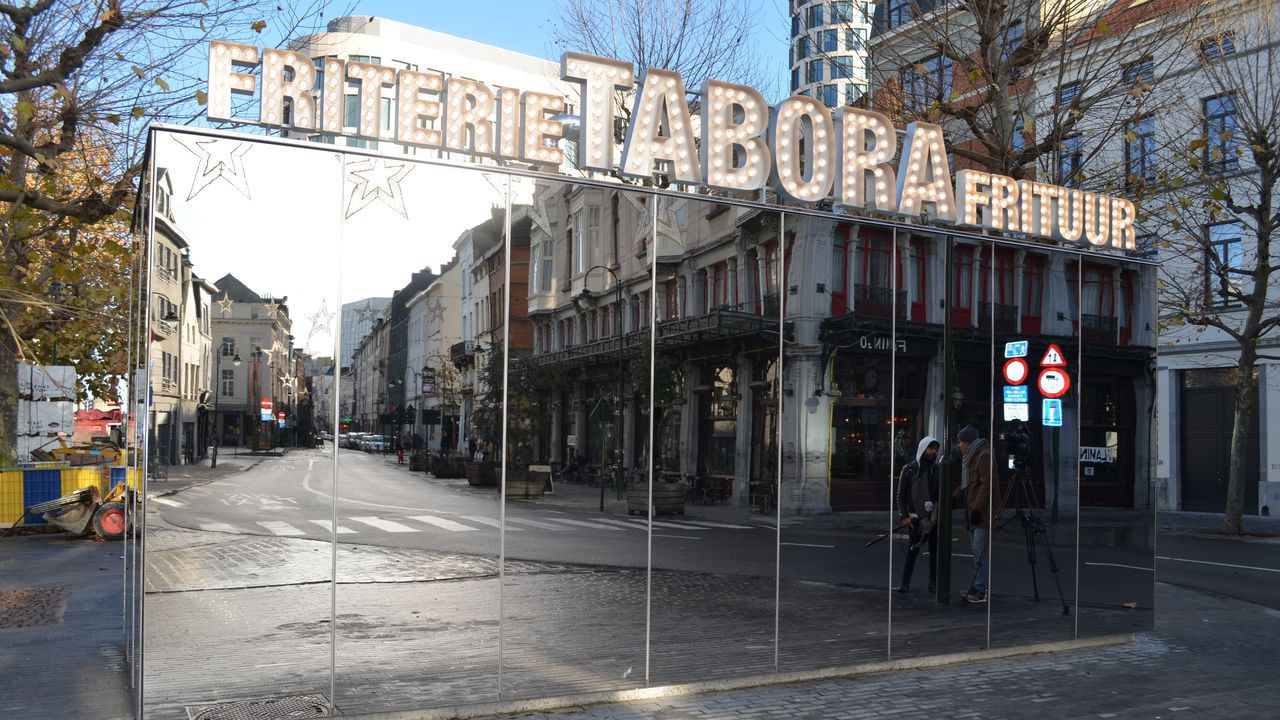 Brussels has
welcomed the first of its new generation of chippies.  Six chip stalls that have seen better days
are being replaced by hypermodern chippies all in the same, recognisable style.

It was in 2017 that the authorities in the City of Brussels decided something had to be done about six run-down chip stalls across the Belgian and Flemish capital.  Together with the National Association of Chippies they launched a design competition.  There were 52 entries, but the choice fell on a very specific and recognisable model designed by the Ghent architects ‘studio MOTO’.

All the new chip stalls will be immediately recognisable thanks to the mirrors on their fronts that will reflect the street.  All six new chippies will have the same shape and outlook, though the light sign will be unique to each different purveyor of Belgian fries.  Inside too the colourful tiling will be unique. Chippie ‘Tabora’ at Antwerp Gate is the first stall to be renewed.

Eddy Van Belle, who set up the world’s first and so far, only chip or ‘Friet’ Museum is impressed: “It’s important our unique Belgian fries culture is allowed to thrive.  It’s very recognisable and an attraction for tourists.  It’s also a social phenomenon.  Chippies are open early and late.  They create warmth and a great atmosphere, but also ensure social control on squares and street corners”.

The Bruges Friet Museum tells the history of the potato and our Belgian fries culture. “I’m thinking of setting up a Friet Museum Brussels too, in the old premises of the Chocolate Museum” says Eddy. “The roof needs to be renovated and we need a licence too!” 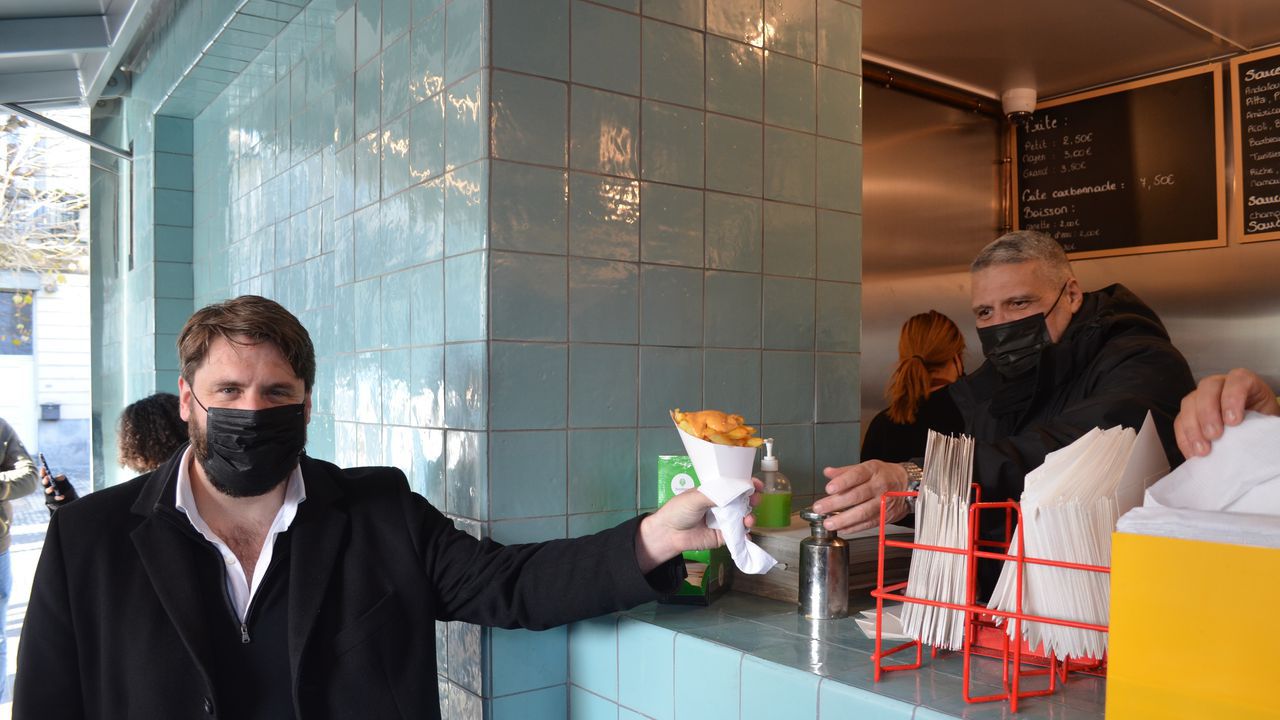