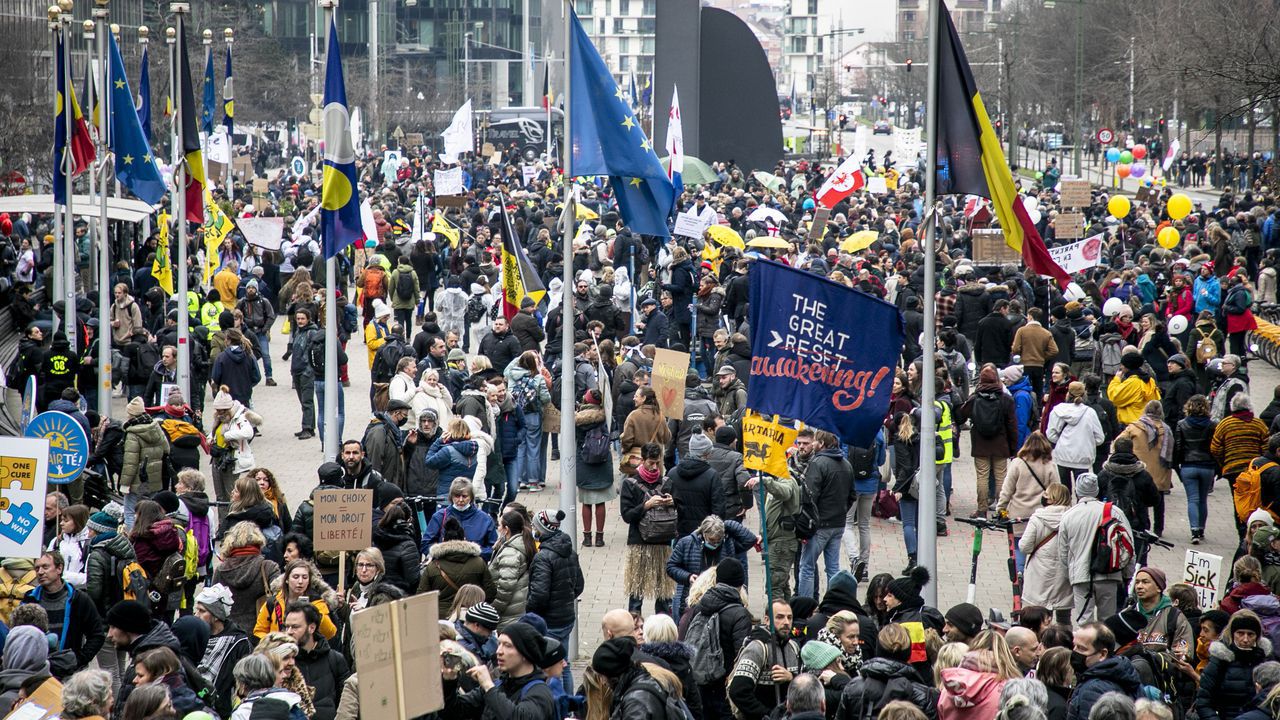 Tens of thousands of people from home and abroad gathered in Brussels on Sunday morning to take part in an international demonstration against the coronavirus restrictions. The organisers of the march are calling for an open debate on the measures brought in by the authorities to try and curb the spread of COVID-19.

The march has been organised by Europeans United together with several national branches of the organisation Worldwide Demonstration and more than 600 local organisations from across Europe. They say that they are protesting for freedom, democracy and for respect for constitutional rights.

The march got under way from Brussel North Railway Station and will make it way along the city’s Inner Ring Road and via the Belliardstraat to the Jubel Park, near to Brussels’ European District. From 2:30pm they will be speeches by speakers from several European countries.

The protest’s organisers want to use the demonstration to show that a growing group of people in society feel that their voices are not being heard. In order to do something to redress the polarisation of the debate surrounding coronavirus and the measures taken to curb its spread those behind the demonstration call for an open public debate on the issues in which all views are heard.

Today’s demonstration is the fifth demonstration against the coronavirus measures that has been held in the past two months. The four previous demonstrations were marred by violence and acts of vandalism.