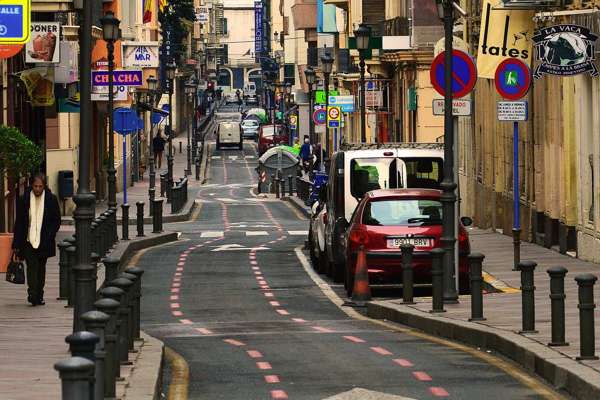 The Brussels Region wants to eliminate 65,000 parking spaces on the street by 2030. The first step is to get cars out of the street by creating more expensive grey areas near public car parks.

In its coalition agreement in 2019, the Brussels government promised to push the car out of the streets. The Regional Mobility Plan set the bar high: a quarter of the parking spaces on the street had to be removed. That good plan provoked a lot of political discussion. But minister for mobility, Elke Van den Brandt (Groen), has now a draft decision ready to implement that mobility plan.

On top of the existing green, red and blue parking areas is a grey zone. It’s a lever to keep cars out of the street. The basic principle is that these grey areas can be found near car parks. Street parking becomes more expensive in those places than the nearby parking.

Van den Brandt wants to link the tariff conditions to a recognition of the car parks as a public car park. The car parks in the grey areas would be exempted from the Brussels environmental tax.

Brulocalis, the Association of cities and municipalities in Brussels capital, sputters against. What if car parks are able to set rates and force municipalities to increase prices even further in grey areas? it’s a reflection.