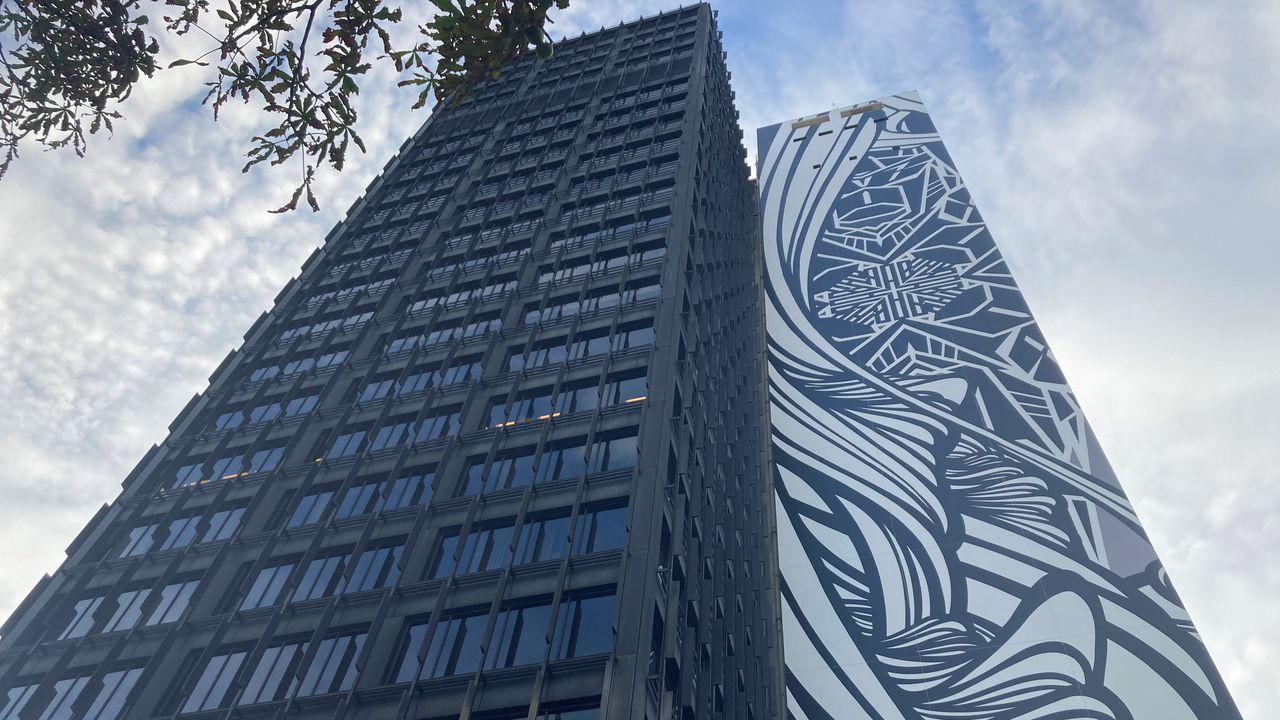 What is Europe’s largest mural is being installed on the wall of an office block in Brussels. The IT Tower on the city’s Louizalaan is currently undergoing a complete make-over. The first stage of the work to revamp the building that was constructed between 1968 and 1971 is in progress and a 4,000 square metre mural is being put in place on part of the office block.

The mural that can be more accurately be described as a giant sticker is being stuck onto the right-hand side of the building. Olivier Geelhand of the company that produced the sticker Promo Signs told VRT Radio 2 that putting the mural in place has been rather like completed a large and complicated jigsaw puzzle.

“The entire surface was carefully split up into numbered areas. What we are doing is in fact putting together a giant jigsaw puzzle in which each piece has been printed onto giant vinyl stickers. We are working on the building’s technical tower on three facades that are 95 metres high and around 15 metres wide. All together this is a surface area of around 4,000 square metres is being covered by more than 1,000 stickers”.

The mural is the work of three Brussels streets artists with a passion for graffiti from the 1980’s. The first quarter of the mural is already in place and it is pure vintage graffiti art.

A team of professional climbers is working to put the mural in place.

Work on the installation of the mural should have been completed by the end of the summer.