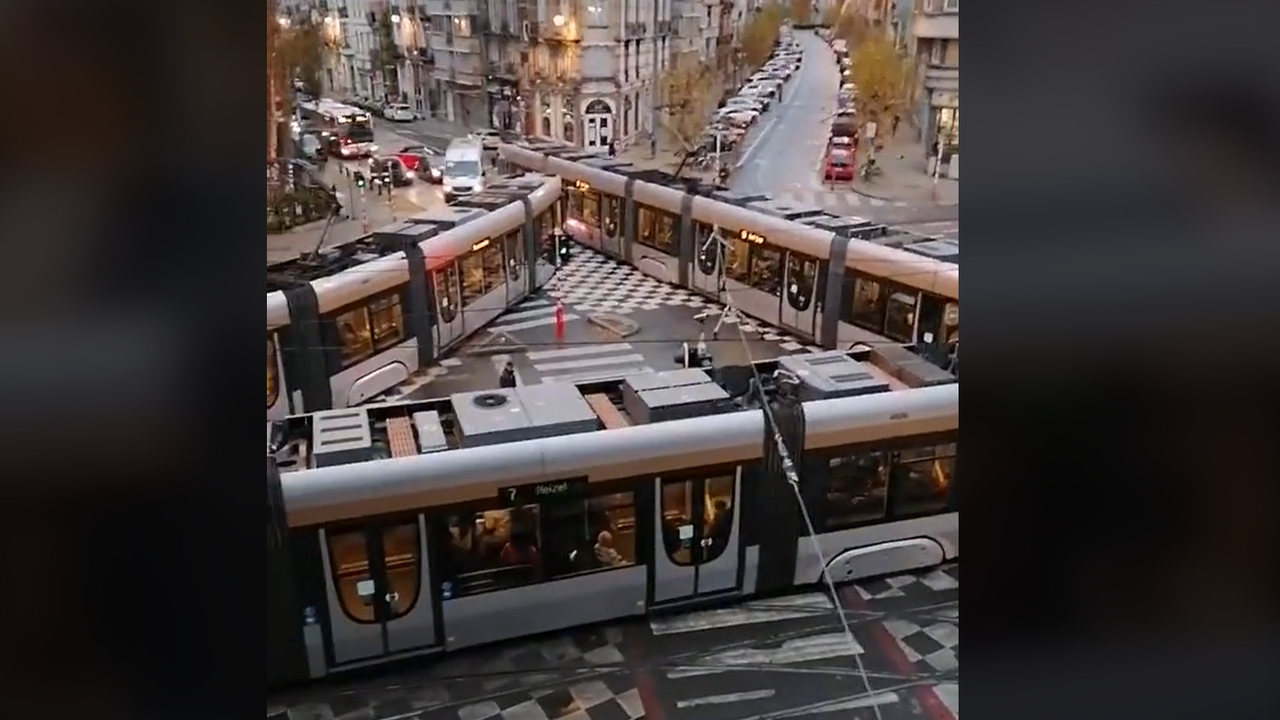 A film of three Brussels trams that form a triangle while they are stationary at a crossroads in Schaarbeek has been viewed more than 2 million times since it was posted on the social media platform TikTok on Friday. The images that have Witt Lowry featuring Ava Max’s ‘Into Your Arms” as backing music are now also doing the rounds on Twitter.

The footage was shot from the window of a house or flat at the crossroads of the Prinses Elisabethlaan and the Lambermontlaan in the municipality of Schaarbeek.

The Brussels public transport company MIVB says that it believes that the footage was shot on Friday, when issues with a maintenance vehicle caused a temporary suspension of services on tram routes 3 and 7.

MIVB’s Guy Sablon told VRT News that "A maintenance vehicle was had been a standstill a little further up since about 5am. This has implications for the entire route. It wasn’t the case that the trams had boxed each other in. As soon as the first vehicle was able to drive on the other trams will have been able to depart too”.

This means that the triangular tram formation won’t have lasted for very long.