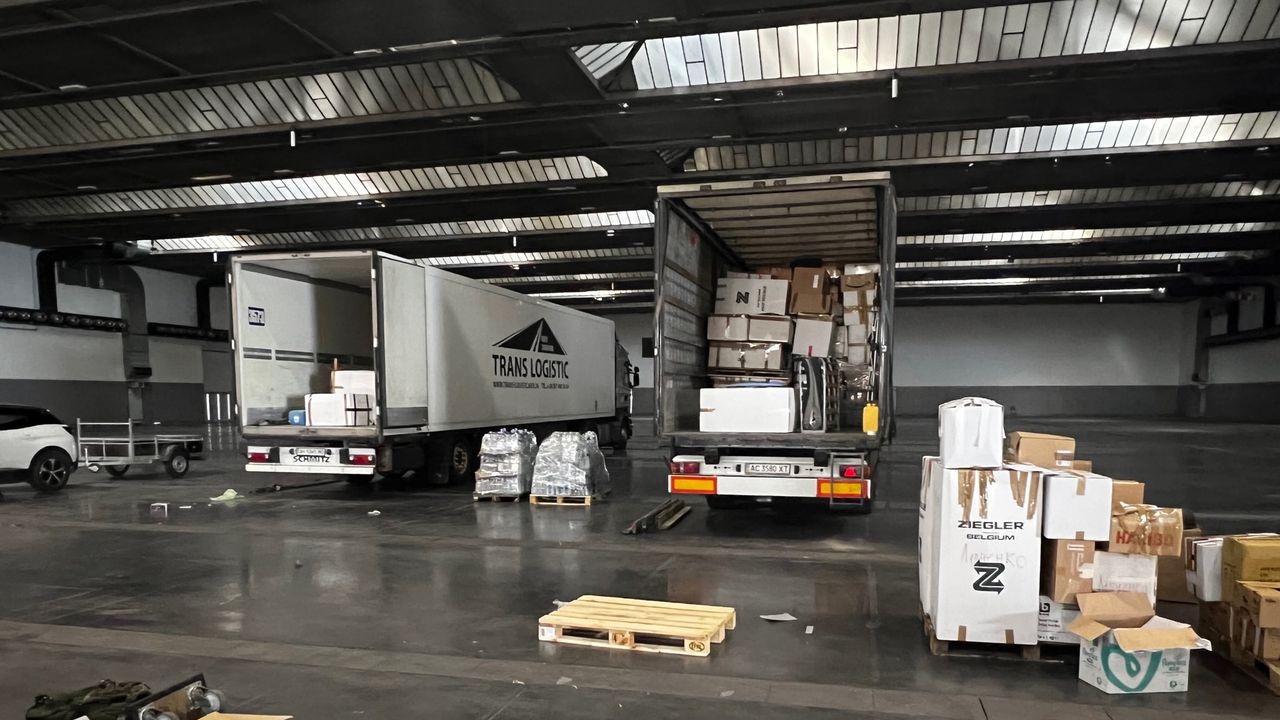 Twelve lorries loaded with goods to help refugees fleeing the violence in Ukraine have finally been able to leave Brussels. The trucks had been stood waiting to go outside Palace 11 at the Brussel Expo complex. The not-for-profit group that had organised the collection of goods for Ukraine didn’t have enough cash to pay for the diesels the trucks would need for their journey. Enough cash has now been found. However, the organisation behind the emergency aid project doesn’t rule out the possibility of aid trucks being stuck at Brussels Expo for want of diesel in the days and weeks to come.

The organisation receives logistical support from public bodies such as the City of Brussels. However, it is entirely dependent on gifts from individuals and companies for its funding.

It is not part of the 12-12 Consortium and as such doesn’t receive a share of the cash raised during the 12-12 Consortium’s fund-raising campaign. Although sufficient funding has been found to ensure that enough diesel can be bought to enable the lorries to drive to and from Ukraine, the fear is that history could well repeat itself.

"As things stand 33 lorries have already left for Ukraine. However, we can’t predict how many more truckloads of aid we will have and so we can’t say how much money we’ll need. Money is coming in in the meantime, but we’ll just have to wait and see whether it will be enough”, Mr De Molder told the VRT. Anyone wishing to make a cash donation to “Renaissance de la Nation" can do so by making a bank transfer to account BE05 0689 4463 9375. Anyone with goods that they want to donate to help Ukrainian war victims can take them along to Palace 11 at Brussels Expo. There is ample parking, and the site is very well served by public transport (bus, tram and metro).