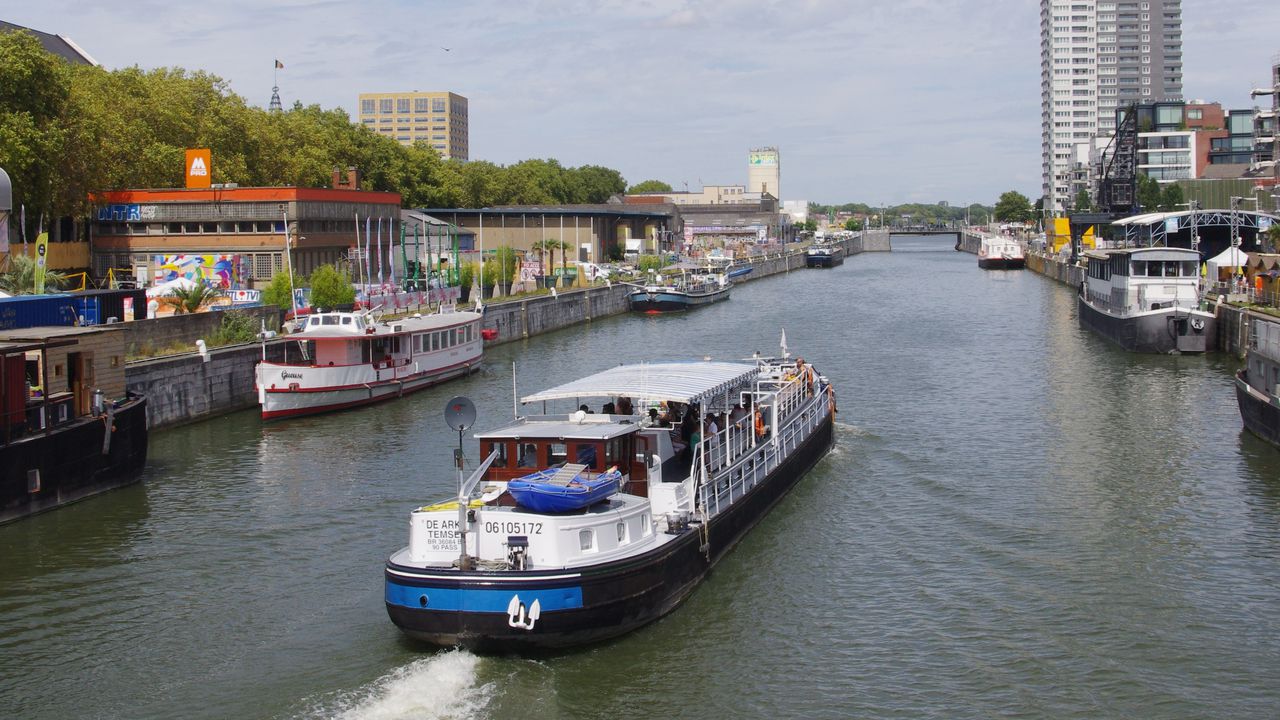 From Monday 2 May the weekday water bus service on the canal between the centre of Brussels and the Flemish Brabant town of Vilvoorde will resume. The service will operate from Monday to Friday this month and next with weekend services commencing from July.

The water bus offers a pleasant alternative to taking a traditional bus, the train or driving between Brussels and Vilvoorde. What’s more it is punctual as it doesn’t suffer from the congestion and capacity issued sometimes encountered on the roads and railways.

The service operates between a site near to Vilvoorde Town Centre and a quay on the canal at the Sainctelette Square within easy walking distance of the many offices around Brussels North Station and the multitude of shops and cultural venues in Brussels City Centre.

Between the centre of Brussels and Vilvoorde, the water bus calls at the Van Praet bridge in Neder-Over-Heembeek that is right next to the Dockx shopping centre and cinema. It also calls at the Cruise Terminal (also in Neder-over-Heembeek) and at the Drie Fonteinen Park in Vilvoorde. The service will operate on weekends between 9am and 6pm from 2 May to 31 October. Between 1 July and 15 August water bus services will also operate during the weekend.

Tickets cost between 1€ und 3 €. You can take your bicycle with you on board for an additional 1 €. Tickets can be bought in advance online. Reservation is mandatory for groups of 10 or more. Click here for more details.