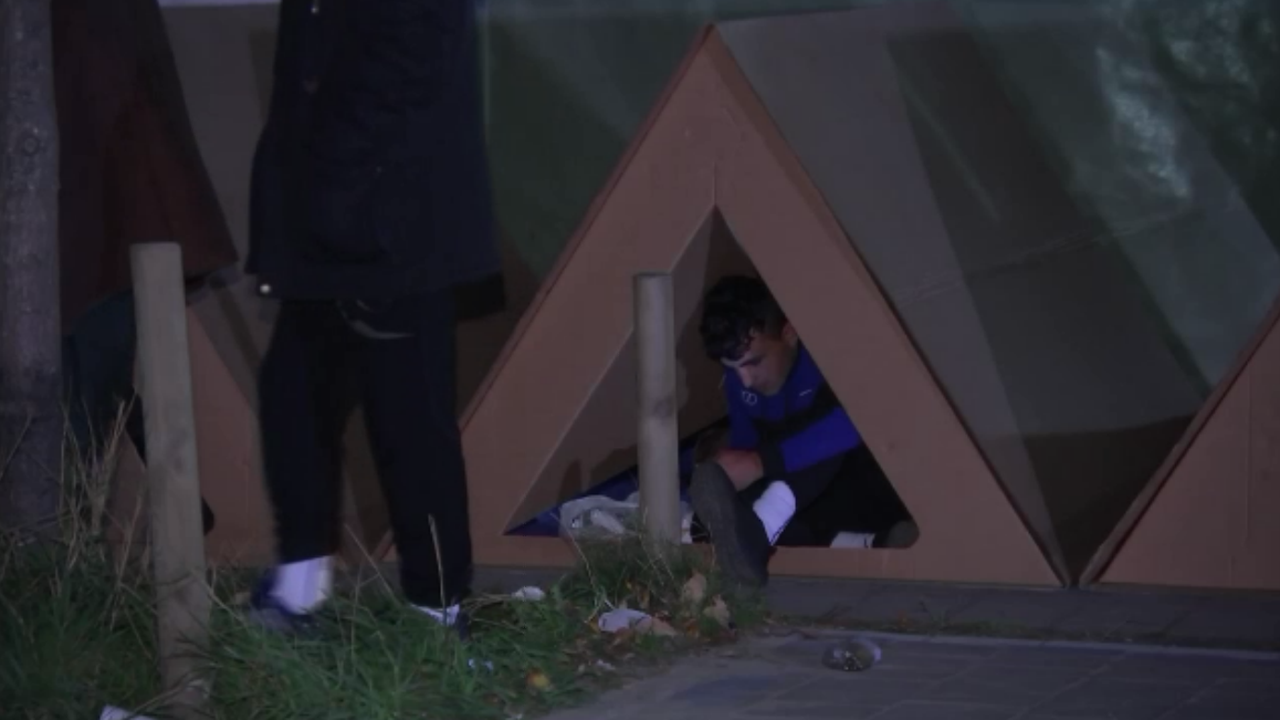 Belgium’s asylum authorities have been
failing in their duty to provide accommodation for asylum seekers who register
here for several months now.  Now the
shortage of accommodation places in reception centres is also affecting
unaccompanied minors, who are forced to sleep out on the streets.  VRT went out onto the streets of Brussels
yesterday to speak with asylum seekers and hear about their predicament.

“Everywhere we hear that there is a good
chance to find work in Belgium, but I have been out on the streets for four
months” says one refugee.  He’s a
23-year-old Syrian.  He’s been recognised
as a refugee, but still has been living out on the streets: “I sleep with three
or four blankets.  I wake up shivering at
night.  It’s getting worse and worse, but
I’m waiting for accommodation”.

This Syrian walked to Belgium from his home
country.  It took him two months.  He crossed the territory of eight countries.  Asylum seekers are supposed to register in
the first EU country they encounter – in his case Hungary.  He says: “We hear it’s easy to find a job in
Belgium, papers and rights, but my future is unknown”.

Fines imposed on the Belgian authorities by
the courts because of their failure to provide accommodation don’t seem to be
working.

VRT also spoke with 16 and 17-year-olds,
who have been sleeping on the streets for days: “I came here for a reception
place, but there aren’t any” says one minor.

They sleep in cardboard tents built by
volunteers.  The Mayor of the City of Brussels,
Philippe Close, ordered his police to destroy the tents, but in the evening
after that happened volunteers returned to build new ones.