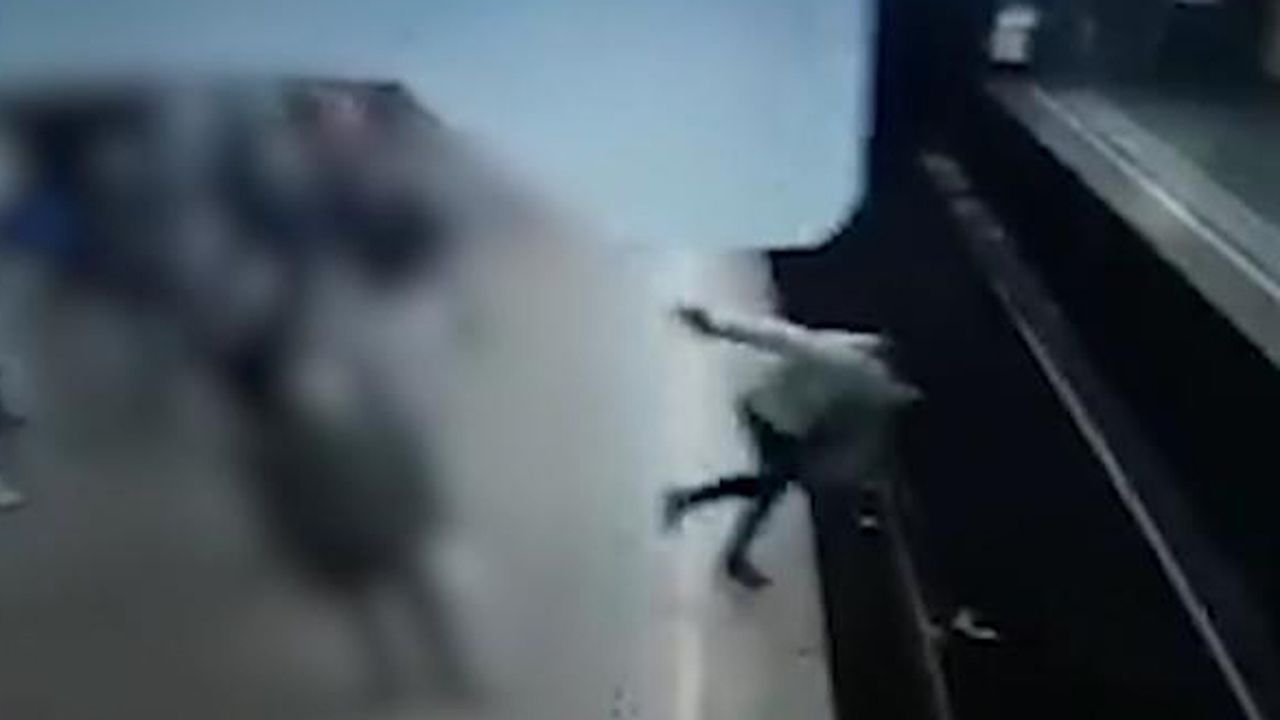 A 54-year-old woman that was pushed from a platform into the path of an oncoming metro train earlier this month has told the daily ‘Het Laatste Nieuws’ that it will take her a long time to recover from her terrifying ordeal. Only the quick reaction of the driver of metro train spared the woman for very serious injury and possibly death. The incident happened at the Rogier metro station in the centre of Brussels on the evening of Friday 14 January.

Video footage shows a young man who completely out of the blue pushes a woman from the platform into the path of a train that was just entering the station. The driver activated the train’s emergency breaks and was able to avoid running over the woman with just a few centimetres to spare. The woman was helped back onto the platform by other people that were waiting there.

Shortly after the incident police were able to apprehend a suspect, a 23-year-old Frenchman. He had chosen his victim at random and has told detectives that he doesn’t remember anything about the incident that could have caused the death of the woman that he pushed.

In the interview 54-year-old Ines Z. told ‘Het Laatste Nieuws’ that she broke her shoulder and sustained other fractures when she fell from the platform. She wishes to remain anonymous. However, the paper does say that she grew up in Brussels and is a trained nurse. Her career in nursing included periods on resuscitation wards and two years ago she retrained to become a teacher at a nursing college.

In an initial reaction on social media to what had happened to her the mother of three (two daughters and a son) wrote “A really big thank you for all the millions of messages that have come from everywhere. It is impossible to reply to everyone individually. My recovery will take a long time, it will be difficult to make progress, but your kind words help just as must as the treatment that awaits me.  A million kisses”.

On Friday it was decided that the 23-year-old French national that was arrested in connection with the incident should remain in custody for another month. His solicitor has told journalists that his client is shocked by what he has done.