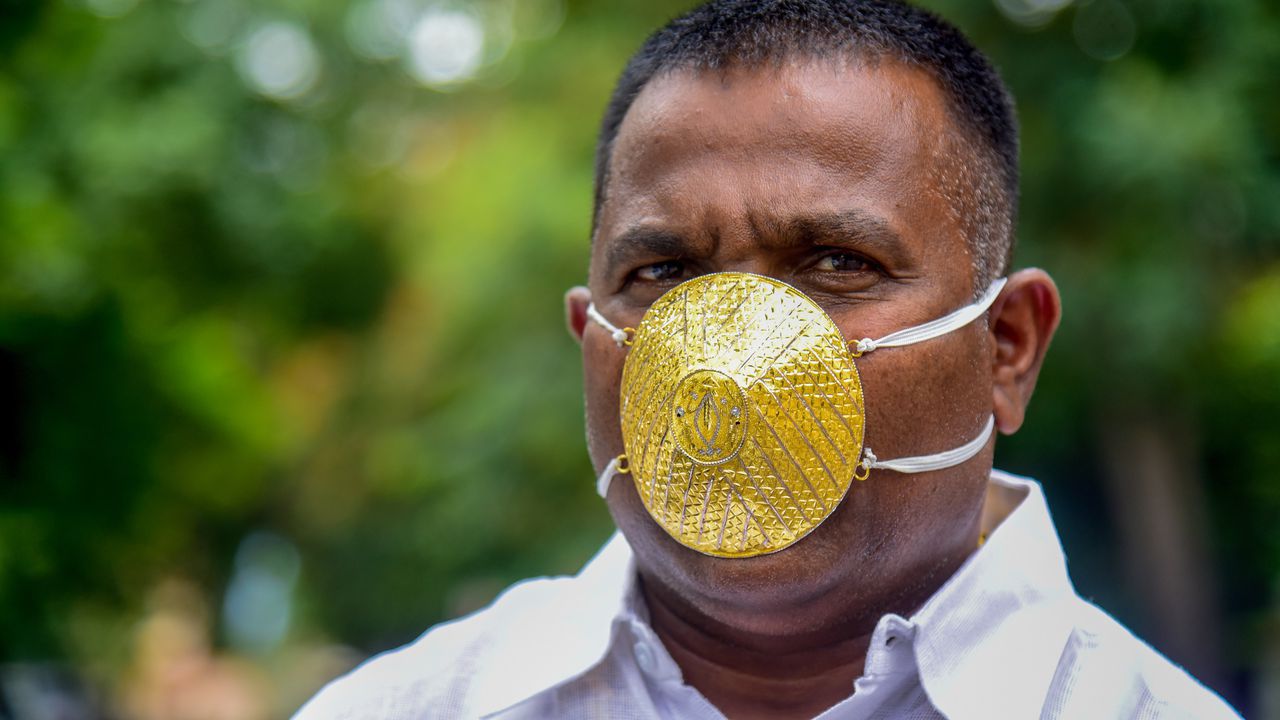 An Indian businessman has had a custom gold mouth mask designed to protect himself against the new corona virus, which is taking hold in India. He gets a lot of attention, “but I don’t do this for attention, I just love gold,” says the man. “I don’t know if it protects sufficiently, so I will take additional measures.”

The story of Shankar Kurhade (49) from Pimpri-Chinchwad in the urban agglomeration Poona, in the western state of Maharashtra, won high marks on Indian social media and beyond last weekend. The eccentric businessman has had a gold mouth mask made to measure, worth approximately 3,500 euros.

Kurhade says he got the idea when he saw a video of a man from Kolhapur wearing a silver mask. “I’m not doing this for attention, I just love gold,” he told The Indian Express newspaper. Craftsmen took eight days to make the mask. It weighs 60 grams and has very fine pores, which allow the man to breathe.