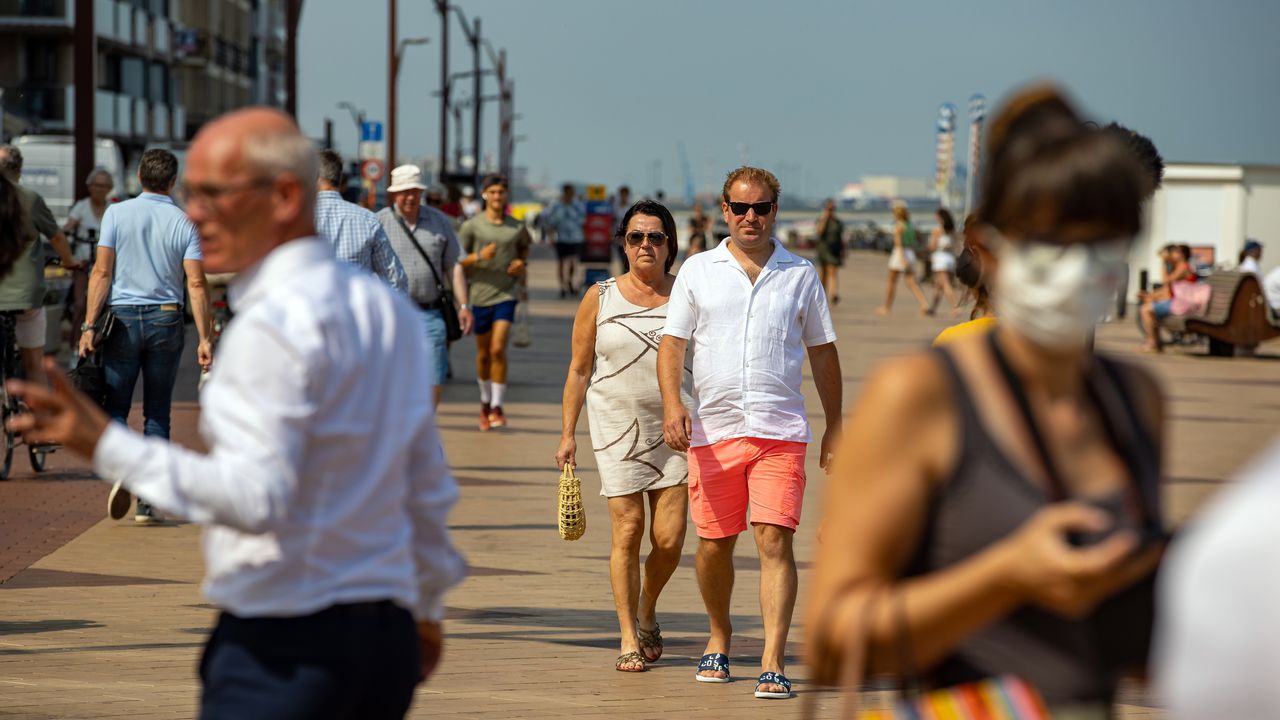 Mayor Leopold Lippens of the Flemish seaside resort of Knokke-Heist is sounding the alarm. He’s worried about the large number of people making for the coast despite the corona pandemic and fingers Belgium’s state owned rail company NMBS. The mayor claims that Belgian Rail isn’t filling train coaches in what is a “realistic” fashion in these corona days.

The Knokke Mayor is also upset people are not wearing the mandatory face coverings on the train and distance rules are not being observed. He accuses the rail company of failing to enforce compliance.

Belgian rail says checks are carried out on compliance with the compulsory wearing of face coverings. The company notes that four trains bound for the coast were full last weekend. None of these were heading for Knokke. On all other coast-bound services there was seat occupancy levels of between 10% and 60%.

Mayor Lippens is threatening to start court action against the NMBS for negligence and exporting COVID-19 to the coast. He accuses the rail company of not providing sufficient security, of failing to check compliance with corona measures and the law and of not making the necessary changes to its services and fares.

“The NMBS must comply with corona legislation. We see too many people on trains, people not wearing face coverings, no checks. If these people come to Knokke-Heist, then there is a safety problem. The virus can reach our city via this route and that we don’t want to happen!”

Belgian rail insists checks on the mandatory wearing of face coverings are happening by NMBS staff and rail police. There is also a big public awareness campaign. Bart Crols: “From the start it’s been clear it would be harder to comply with distance rules after the relaxation. That’s why a face covering is obligatory. We are following the guidelines. It’s also up to rail police to carry out checks.”

The rail company will be adding a link to its website showing a barometer operated by Westtoer, the West Flemish Tourist Authority, which reveals how busy each of the coastal resorts is at the minute.