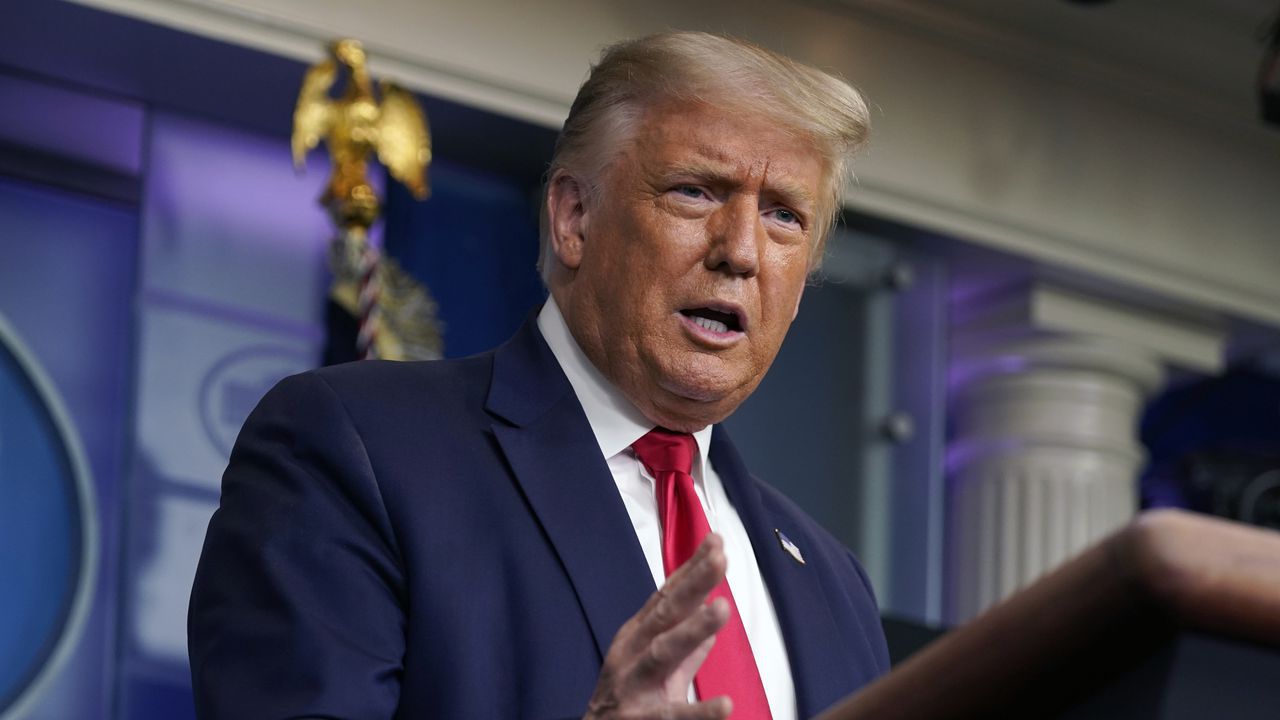 Trump once again clashed with virus doctor: “Why does no one love me?”

While the number of corona infections in the United States continues to rise, President Trump is already clashing with science. For example, at his most recent press conference, he continued to promote the anti-malarial drug hydroxychloroquine and, again, collided with top virologist Dr. Fauci, one of the leaders of the corona crisis team.

President Trump had little good news to report at his corona press conference: it now accounts for over 4 million cases and nearly 150,000 deaths. In some severely affected states, the daily number of new infections begins to decline slightly, but in others, such as Florida, Montana or Texas, record numbers were recorded again yesterday.

Yet Trump insisted that large parts of the country are “corona-free.” And he complained that Dr. Fauci, a virologist and one of the leading figures of the U.S. corona task force, is getting better ratings than himself. “Why don’t I – and the government – get such high ratings in our fight against the virus? We should have them too.”

And he continued: “It is strange: this man works very closely with us and for us … and he gets a lot of appreciation. Why does no one love me? It will be my character.” It was not immediately clear to the audience in the room whether the latter was intended as a joke or not.

On Monday, Trump retweeted another tweet calling Doctor Fauci “a fraud” and another series of tweets promoting the anti-malaria drug hydroxychloroquine. Yesterday, those tweets were removed by Twitter itself because they allegedly contained false information. But at his press conference, Trump defended himself.

“I can only say that, from my point of view, based on what I read and know, I think it can have a positive effect in treating the early stages of Covid-19.” President Trump also sees hydroxychloroquine as a possible alternative to wearing mouth masks.

In the videos deleted by Twitter, doctor Stella Immanuel, a doctor from Houston, claimed that she has successfully treated more than 350 corona patients with the drug. Earlier, the same doctor on her website and YouTube channel claimed that gynecological problems such as infertility are caused by having sex with evil spirits and that the government is led by aliens.